In The Pit Lane: Nicolas Todt plays the long game 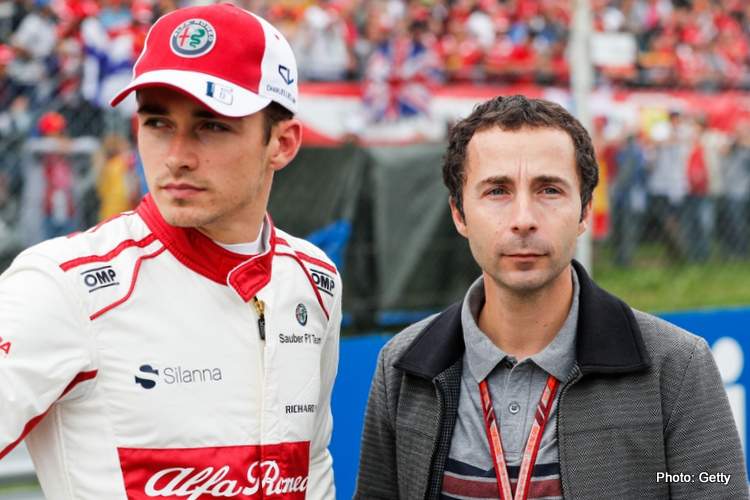 The ‘who is going where’ silly season starts early with all sorts of speculation on Formula 1’s game of musical chairs.

Heavily involved are the driver’s management teams and when it comes to driver management the power brokers that come to mind are the usual suspects of Toto Wolff and Helmet Marko.

In fact, one of the most powerful individuals behind the scenes is the ambitious and well-connected Nicolas Todt.

Nicolas of course must live with being the son of former Ferrari team principal and current FIA president Jean Todt and all the resulting accusations of nepotism.

Nicolas Todt is a serious player managing the careers of the likes of Daniil Kvyat and Charles Leclerc through his All Road Management company which he founded in 2003.

His journey started when Felipe Massa asked him to become his manager and so began Todt’s rise to power.

Todt’s strategy was clear, find the drivers young before they are signed up and to this end, he bought into Birel ART a big player in the karting world.

Todt explains, “I look for the best talents and need to sign them young because it’s a competitive landscape, to say the least. If they’re already in F2 and winning races they’ll already be in discussions with F1 teams and it won’t make sense to sign with someone like me. So, I try to follow karting very closely because that’s the grassroots, where 99% of the best drivers start.”

Todt first met Charles Leclerc when he was a 13-year-old kart racer and told Corriere della Sera, “I talk to the best people in the industry and form an opinion. In karts they told me that Charles was special.”

Hoping history will repeat itself in 2018 he signed another 13-year-old, Italian driver, Gabriele Mini.

The signs are looking good with Mini now competing in the lower formulae and last year he took the first three pole positions and a race win in the Italian F4 Championship.

Todt like with Leclerc beforehand will have had to finance the youngster something that does not come cheap.

Toto Wolff has recently questioned the whole system saying, “What I think we can do is make sure that grassroots racing becomes more affordable, so kids that haven’t got any financial background can actually be successful in the junior formulas.

“That is totally absurd, [and] needs to stop, because we want to have access. I think we need to give access to kids that are interested in go-karting, the opportunity to race for much more affordable budgets.”

For the numbers to add up for Todt he needs a backed driver to make it into F1 as Leclerc did and on an estimated 2021 salary of €10m Todt will pocket €2m.

You can imagine Todt disagreeing with Leclerc when he told il Giornale last week, “I wouldn’t leave Ferrari even if he was offered double the salary.”

Until the end of 2018 Todt was the co-owner of the motorsport team ART Grand Prix which he founded with current Sauber team principal Frederic Vasseur in 2004.

Todt confirmed in 2019 that he would have a role in Mick Schumacher’s career telling Sky Sports, “My job for Mick is to advise the family to guide them and give them some advice what I think they could do.” Adding it was his job to protect him.

Todt acknowledged his father’s influence in an interview with Forbes Monaco back in 2019 he said, “Having a Dad like this for sure helped me to enter this industry because I was able to follow motorsport closely from a young age and develop a very good network.”

An understatement to say the least!

When it comes to Todt Snr it would be fair to say he is not without his critics, but it says a lot about him as a human being that he still regularly visits Michael Schumacher.

Last week Todt told Corriere della Sera, “I see Michael at least twice a month. I never leave him alone. Corinna, the family: we’ve had so many experiences together. The beauty of what we have experienced is part of us and it goes on.”

A true friend can be measured in not only the good times but more importantly the bad times.

The last word goes to Nicholas who once said, “You can be a great manager but if you aren’t working with the right driver you will never make it. You can’t turn a donkey into a racehorse!”