Brown: We have 3 of 15 cars capable of winning Indy 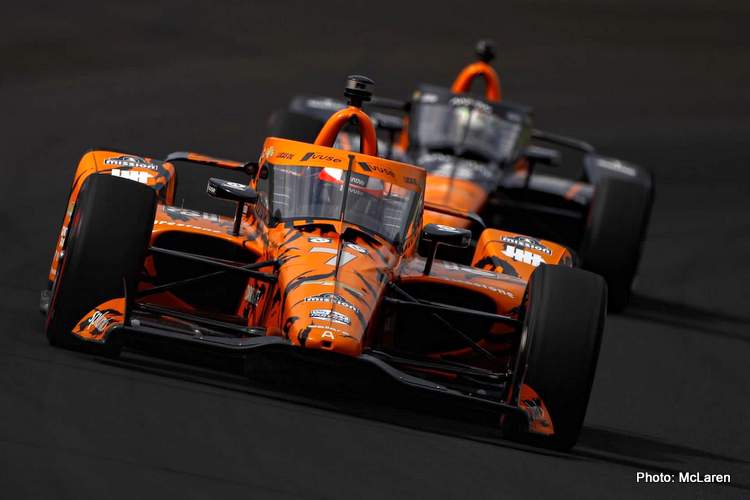 McLaren Racing Chief Executive Zak Brown believes that Juan Pablo Montoya brings more than just experience to the paddock at the Indianapolis 500 and makes his teammates better because of his ability to speak up.

Montoya, a two-time Indianapolis 500 champion who will make his return to the race on Sunday for the first time since 2017, will pilot the third Arrow McLaren SP Chevrolet to team up with full-time drivers Pato O’Ward and Felix Rosenqvist.

The 45-year-old Montoya, no stranger to McLaren Racing as he raced for the team in Formula 1 in 2005 and 2006, has loads of experience, is intensely competitive and comfortable offering feedback that O’Ward and Rosenqvist were unable to articulate.

“Anytime you get someone with Juan’s experience that benefits your other drivers,” Brown told reporters. “They just kind of watch how he communicates and I think they can learn quite a bit from him and I think that’s been happening.”

The arrival of Colombian Montoya, who won his first Indianapolis 500 as a rookie in 2000 and his second 15 years later, has had a positive impact on O’Ward and Rosenqvist ahead of “The Greatest Spectacle in Racing.”

On Friday after final practice, Brown declared: “We’ve got three happy drivers. We have three fast racing cars and are looking forward to competing with everyone on Sunday which will no doubt be one of the most competitive Indy 500s ever.”

Montoya, O’Ward and Rosenqvist will be part of the 33-car field zipping around the famed 2.5 mile oval and Brown said the trio had a good final session on Friday and felt good about their chances on Sunday.

Roger Penske and @ZBrownCEO sat down for a quick Condor Moment to talk all things IndyCar, McLaren and racing. 🚌💬#Indy500 / #WelcomeHome