Yamamoto: I always see similarities between Max and Senna 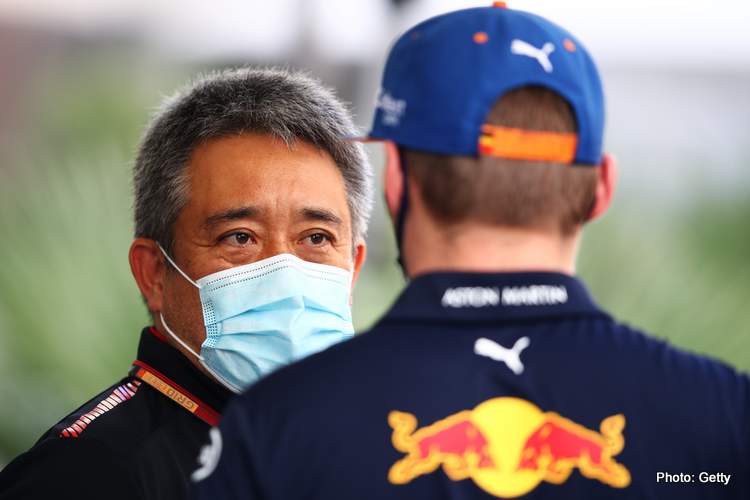 Verstappen won the 2021 Monaco Grand Prix in the Honda-powered Red Bull, the last time the Japanese auto giant celebrated on the top step of the podium in Monte-Carlo was when Senna won the race in 1992; the late Brazilian has a record six victories at the Principality.

Reflecting on the occasion, Yamamoto wrote in his blog: “I always see the similarities between Verstappen and Senna. I feel Verstappen’s driving is very similar to Senna’s, and he is a very special driver for Honda.”

This year Red Bull have emerged as a proper title-contending force with Honda delivering the firepower. Ironically, it’s the final year of their current F1 programme, which next year morphs into Red Bull powertrains and a separate journey awaits.

Yamamoto regrets that Honda involvement in the programme seizes at the end of this season: “I wish we could have fought together a bit longer, but I am very happy that we were able to support him at this special moment.

“His first victory and first podium in Monaco and he’s only 23 years old, so he has a good chance of matching and surpassing Senna’s record of six wins at Monaco, and I’m happy to have been the foundation for him to take that first step.”

Honda’s latest spell in F1 had serious teething problems when they returned with McLaren in 2015. What followed were three forgettable years.

Thereafter, Honda made a pact with Red Bull, powering Toro Rosso (now AlphaTauri) in 2018 before the big team got the power a year later. In 2019 they were winning again, with Verstappen opening their latest account with a famous victory in Austria that year.

Since then there have been further wins, with Verstappen scoring six more and Pierre Gasly the other for his victory at Monza last year. Victory at Monaco, last Sunday, was Honda’s 80th in the top flight.

Yamamoto also had a good word for the Bulls: “Supporting Verstappen’s qualities, of course, is the fact that Red Bull and Honda engineers on the track and at the factory support Verstappen by making the best decisions at the right times.

“There is no such thing as an easy race, because there are always small problems and difficulties, even when it seems like they are just driving there is a lot going on in the car and out of the car.

As a result of Verstappen’s win, and Sergio Perez turning eighth place in qualifying into fourth when the chequered waved, means the Dutch driver and his team head the points F1 standings ahead of Round 6 in Baku next time out.