IndyCar veterans hanging in there as youth invade 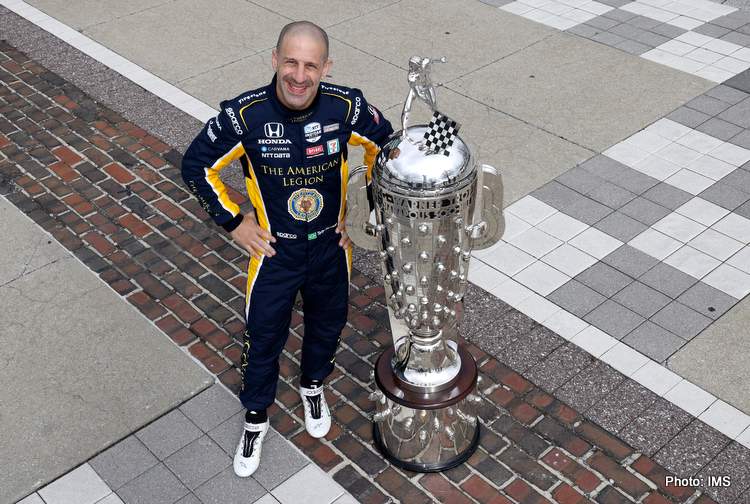 Tony Kanaan sat in Chip Ganassi Racing’s suite one day this Indianapolis 500 month of May, savouring a rare second IndyCar farewell tour at the age of 46.

This year he will be running a part-time schedule with no future guarantees and a talented crop of young drivers chasing them, Kanaan and his fellow veterans can see the sunset approaching for one of IndyCar’s greatest generations.

Four of the 33 starters in Sunday’s Indianapolis 500 are listed among the top 12 in career wins. Ryan Hunter-Reay is tied for 24th. Kanaan needs one win to tie Hunter-Reay with 18 and Juan Pablo Montoya is just two behind Kanaan despite spending 13 seasons in Formula 1 and NASCAR.

These magnificent seven, all in their 40s, have combined for 207 victories, 14 series championships and nine Indianapolis 500s since emerging as the series’ most revered stars over the last two decades. And their passions and personalities from around the globe have changed the sport.

“Every year that goes by, I realize how special those years were,” Kanaan said Thursday, referring to the four drivers who suited up in Michael Andretti’s garage in the 2000s. “What we had, what we did is we showed that you could race against each other and still have a lot of fun with your teammates.”

It became a blueprint for repairing the damage from the years-long split of the American open-wheel racing series.

On the track, they were a powerhouse.

Franchitti won 31 races and three 500s before a horrific crash forced him into retirement in November 2014. The beloved Wheldon won 16 times, twice at Indy, but died at age 33 from injuries suffered in a 2011 crash at Las Vegas. Herta, whose son Colton qualified second for Sunday’s race, had four series wins. And Kanaan captured the 2004 series title and the 500 in 2013.

Off the track, they goofed around, became close friends and played pranks like hiding all of Wheldon’s drivers shoes or sawing Kanaan’s mountain bike in half while he was doing a television interview, changing Gasoline Alley forever.

“I think it speaks to the camaraderie in the series,” two-time series champ Josef Newgarden said when asked about the pranks still being pulled today. “We’re just as competitive as any other sport, but off the track there’s this casualness among us. We all get along.”

It explains why every driver lined up to congratulate Marco Andretti on pit row when he captured the Indy 500 pole last year and why those who raced against Wheldon, who helped test drive the Indy car of the future before his death, or the late Justin Wilson can’t hide the grief in their eyes at the very mention of their names.

And with all those budding young stars starting to catch up to IndyCar’s elder statesmen, others continue to outrun Father Time.

Scott Dixon of Chip Ganassi Racing is a six-time series champ, the points leader and Sunday’s pole-sitter. Should he win a second 500 this weekend, Dixon would tie Mario Andretti (52) for second all-time in wins and stay in position to join A.J. Foyt as only the seven-time IndyCar champion. If he leads 82 laps, Dixon would break Al Unser’s career mark for most 500 laps led (644).

It’s also true of the others in this generation, which made physical fitness a priority.

Hunter-Reay, age 40, hopes to claim his second 500 crown after qualifying seventh last weekend. He’s one spot ahead of Castroneves, the exuberant 46-year-old Brazilian with Michael Shank Racing who again is chasing a record-tying fourth race win.

“It’s a great group of guys and I learned a lot from them,” Castroneves said. “That’s what makes you better and I probably wouldn’t have been as successful without them pushing me.”

They haven’t stopped. Two-time Indy winner Juan Pablo Montoya, the 45-year-old Colombian, will make his first IndyCar start in four years from the No. 24 spot with Arrow McLaren SP.

If France’s Sebastian Bourdais puts Foyt back in victory lane, the four-time series champ and 37-race winner will become the third-oldest first-time 500 winner at 42 years, 91 days.

Will Power, the 40-year-old Aussie with Team Penske, faces the most daunting task after qualifying 32nd. But a win would move him ahead of Al Unser (39), breaking a tie for fifth on the career wins list.

“It’s actually really cool to be a driver in this era because it’s kind of like the first era after the split,” Power said. “It’s really the highest quality field in history because of the parity, the data, the on-board stuff. You’ve got nine winners in this year’s race and you probably haven’t seen that since the ’90s. But it’s more now about the drivers and the engineers and getting it right down to the simplest, smallest details.”

And if one thing is clear, it’s this: Kanaan’s not ready to park his car even though he can see a changing of the guard coming even in his own garage with teammates like Marcus Ericsson and Alex Palou.

“They remind me a lot of what we had with Andretti,” Kanaan said. “You can see it. I think we showed people something special. You look at the world now, and it’s pretty cool, pretty cool to see people getting along.” (Report by Michael Marot)