Indy 500 to be biggest sports event of pandemic era 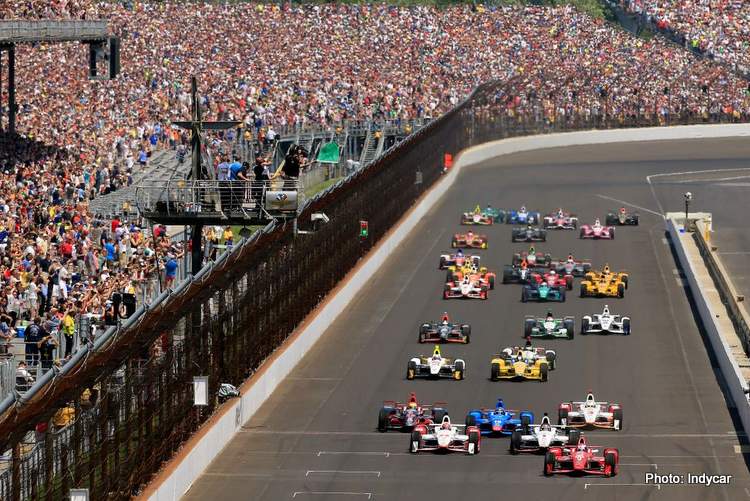 The 105th edition of the Indianapolis 500 is set to become the largest sporting event since the pandemic hit in early 2020 with a reduced-capacity sellout crowd of 135,000 expected to attend Sunday’s race.

Indianapolis Motor Speedway worked with the Marion County Public Health Department to determine that 40% of venue capacity will be allowed. The speedway is the largest sporting facility in the world with more than 250,000 grandstand seats and the ability to host close to 400,000 on race day throughout the entire property.

Other large sporting events have included more than 73,000 fans at the bout earlier this month in Arlington, Texas, between Canelo Álvarez and Billy Joe Saunders and 78,000 for a cricket match last month in Melbourne, Australia. But the Indy 500 will dwarf those totals this weekend.

The track also decided to lift the local broadcast blackout and allow Central Indiana fans the chance to watch beginning at 11 a.m. EDT on NBC.

NBC averaged 3.67 million viewers and a 2.3 rating for last year’s Indy 500, won by Takuma Sato in August when the race was moved away from Memorial Day weekend because of the pandemic and held without spectators for the first time in its 104 runnings. IMS also lifted its usual local blackout last year because spectators were not permitted.

The infield’s raucous “Snake Pit” will be closed and all the traditional pre-race concerts will not be held, including on Friday’s Carb Day. There will be suite seating and the Pagoda will be open to those with tickets, but the midway will be closed.

While we can’t wait for racing to start at #IMS this weekend, the race to defeat #COVID19 has already begun.

Get your vaccine throughout the Month of May at the Racing Capital of the World.