Hunter-Reay: It’s Indy and everybody feels that pressure 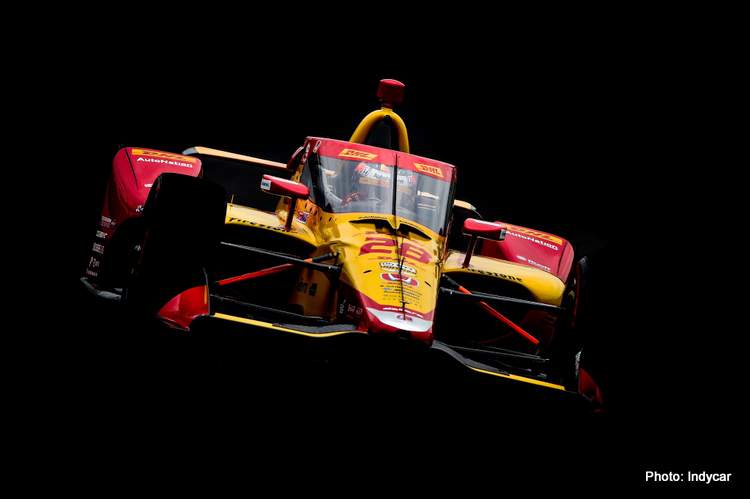 Ryan Hunter-Reay doesn’t need to do the math, he is one of the oldest drivers in IndyCar as the series is trending toward teenagers and has not won a race since 2018 and the start of this 18th season has been awful.

“Obviously, I have a lot less in front of me than I have behind me,” Hunter-Reay said.

Not so fast, “Captain America.”

Hunter-Reay is back in the familiar confines of Indianapolis Motor Speedway and is ready to flip his season with a second career Indianapolis 500 victory.

Nothing has gone right for Hunter-Reay since the opening lap of the season, when he was collected in a first-lap crash and IndyCar’s cockpit-protecting aeroscreen likely saved his life when it deflected a tire away from his head. In the four races since, he has led four total laps, his best finish is 10th and he is 17th in the standings.

But the Indy 500 is an animal suited for Hunter-Reay and his analytic approach. The native Texan was the 2014 race winner, the same year he won his only IndyCar championship, and he is typically in the mix at Indy.

He opened practice last week with the second-fastest lap in a session led by three former race winners, but as temperatures warmed each day at Indy, his car struggled with speed. He didn’t think he would have a chance in qualifying and didn’t believe he would hit 231 mph (371.8 kilometres per hour) on his first attempt.

“I looked down at the dash and thought it was broken,” he said.

Hunter-Ray joined teammate Colton Herta, who at 21 is nearly half Hunter-Reay’s age, as the only two Andretti Autosport drivers to advance to the Fast Nine. Hunter-Reay starts seventh in the Indy 500.

“This is a big opportunity. This is my favourite race track, you’ll always hear guys say that but I love the ovals,” Hunter-Reay said.

A second Indy 500 win should take heat off Hunter-Reay, who only announced in January that he was back for a 12th season at Andretti with longtime sponsor DHL. Hunter-Reay and team owner Michael Andretti said the late timing of the contract extension wasn’t unusual, but Andretti also made clear Hunter-Reay knows he must have a strong season.

Herta received a two-year extension two weeks ago, making clear he is the future of the organization. That role used to be for Hunter-Reay, and for a time he shared top billing at the team with Alexander Rossi.

But Hunter-Reay turns 41 at the end of the year and IndyCar is becoming a young man’s game. Even Rossi, who at only 29 is still five years removed from his win as a rookie in the 100th running of the Indy 500, can no longer claim top status within the organization.

Rossi, who starts 10th on Sunday, is nearing the two-year anniversary of his last IndyCar victory — a June 2019 win at Road America. Rossi and Hunter-Reay have both previously questioned if Andretti Autosport is too big: The team runs 15 cars across seven different series and Andretti has six entries Sunday at Indy.

If either truly believes the organization is spread too thin and it has hurt them, they haven’t outright said so. But Herta is among a quartet of young drivers who will rapidly push out the fading veterans.

Hunter-Reay is certain he is still among the best in the sport but recognizes the stakes ahead Sunday.

“Absolutely could be a turning point in the season,” he said. “This is definitely a huge opportunity for us to make the rest of the season a different story.”

The two-week buildup to the Indy 500 tends to favour veterans, who can handle the exhausting and emotional process of daily tinkering on a race car for a driver then to push it to its limits with speeds that sometimes hit 240 mph (386.24 kph) last week.

A younger driver might struggle with the intensity of the event and that gives Hunter-Reay an edge.

“It’s Indy and everybody feels that sense of pressure, but you just take it day by day,” he said. “That’s another thing experience does for you. Your head doesn’t get spun out of control anymore, at least when you’ve won here and you’ve had experience going through the different steps of the week.” (Report by Jenna Fryer)