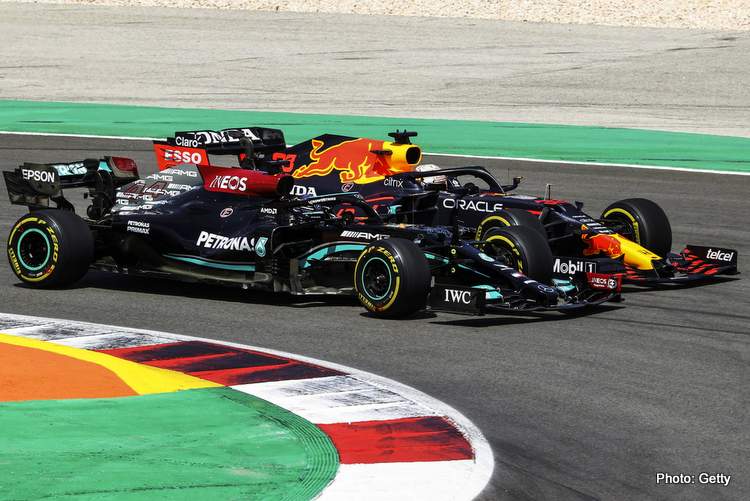 Mercedes and Lewis Hamilton have reigned supreme in Formula 1 for the past decade, the Briton is the acknowledged King of modern Formula 1, thus beating him is all the inspiration Red Bull need says Christian Horner.

Hamilton’s stats are remarkable, since joined Mercedes he added 77 victories to the 21 he had with McLaren and amassed six F1 world titles in the process making it seven in total. And he is not finished if the early part of the season is anything to go by.

For Horner and his team, beating Hamilton to this year’s title will be extra sweet; the Red Bull team principal since 2005 told New York Times: “There’s nothing more exciting than racing Lewis Hamilton, and that’s what we want to do.

“I hope it goes all the way to the wire. That’s what the fans would love to see, it is what they have been crying out for, although I don’t know if my nerves could take it,” he added.

Red Bull’s Max Verstappen came out swinging from the first round for a change and hasn’t stopped since. But Hamilton raised his game to meet the challenges taking three unlikely wins while the Bulls blew it.

But when Verstappen is good, he is great as he showed with a commanding victory over Hamilton and Mercedes at the Monaco Grand Prix. It was a hefty defeat inflicted on their rivals and may well be the turning point of the title battle, or at least one of them!

For a change, the Red Bull in Max Verstappen’s hands was strong out of the starting blocks while Mercedes were somewhat cumbersome to get going, with Hamilton making the difference in the early races.

Horner explained: “We had a strong winter. The regulation changes were positive for us. We managed to address some of the weaknesses of our car, which were mainly aerodynamic, which is what dictate these cars.”

Their engine partners Honda have also been mighty in their contribution to this year’s package, the Japanese auto giant clearly intent on leaving the sport (yet again) memorably.

“They’ve done a great job,” acknowledged Horner. “It’s been a combination of everything coming together.”

Mercedes have tried in vain to play themselves down as underdogs, this season there was an apparent wobble but that soon went away.

Horner, like most, was not fooled by the smokescreen: “Mercedes had one bad test, so there was an awful lot of excitement circulating in the media but you know, with the juggernaut that is Mercedes, it was only a matter of time before they got going.

“You could see by race one they were already competitive. We are pushing very hard to keep the pressure on them, and we will continue to do so. To date, it’s been very tight.”

The rivals could not be more different, Hamilton at 36 is in touching distance of his eighth F1 world title, Verstappen is 13 years his junior is hunting his first. Mercedes are looking to make it 16 successive titles (drivers’ and constructors’) in eight years; Red Bull last won a title in 2013.

“This is my preferred scenario when we are fighting against another team at their best or potentially even ahead in certain instances. Max is more experienced now than he has ever been and clearly incredibly hungry to win more races and win championships.

“This is what we are all here for, to race and fight for wins. Game on,” declared Horner, whose team and driver, Verstappen, lead both championships as the championship heads to Baku for round six.