Stateside: Dixon on pole for 500, Elliott wins in COTA 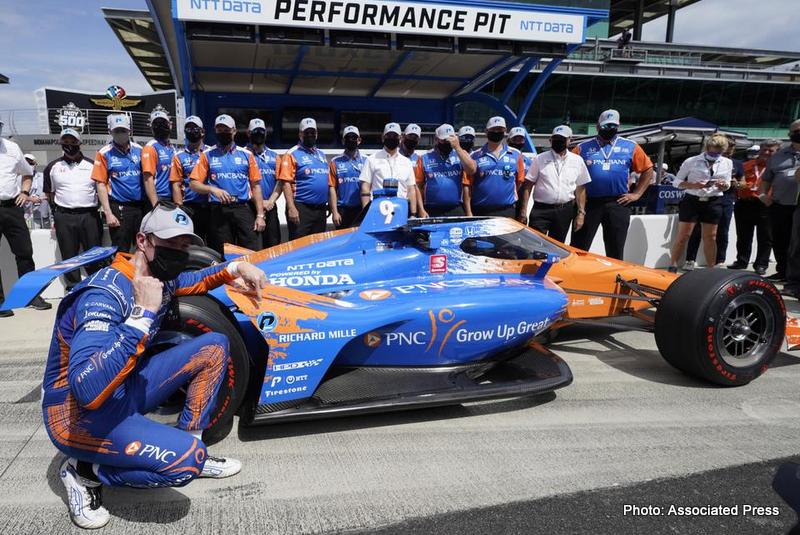 Scott Dixon has qualified on pole for this weekend’s Indy 500, clocking an average speed of 231.685 mph.

An average of just 0.1mph over four laps of the Indianapolis Motorspeedway separated Dixon and fellow front-row starters Colton Herta and Rinus VeeKay. Ultimately, Dixon’s experience in four previous Indy poles, the Indy 500 win in 2008 and as a three-time runner-up.

As has been the case throughout the season, the biggest talking point ahead of the 500 has been the surge in confidence amongst the young drivers, the next generation. Although Herta and VeeKay find themselves on the front row, joined by Alex Palou in 6th, there are six Indy 500 wins and eight championships in the first three rows alone.

With four Chip Ganassi cars making the Fast Nine, Dixon is sure to be the favourite especially when backed by Honda. The Honda’s have proven to be incredibly strong in Indianapolis versus their Chevrolet counterparts.

Perhaps the biggest shock of qualifying week was that Will Power, after a poor run on Friday, was forced to bump his way into the 33-car field. Power’s hopes hung by a thread having brushed the wall early on. The winner of the 102nd Indianapolis 500 bumped his way into the 105th event alongside Charlie Kimball and Simona de Silvestro who races for the the predominantly female Paretta Autosports.

Chase Elliott notched up a sixth NASCAR Cup Series road course win in the Texas Grand Prix in the series’ debut at the Circuit of the Americas. The race was cut 14 laps short due as treacherous weather made for poor visibility which was the primary cause of a number of accidents.

Elliott’s win was the #9’s first of the season, marking the end of a long wait for the reigning champion. Coincidently, the win was also win number 800 for Chevrolet and win 268 for Hendrick Motorsport  which sees the outfit tie Petty Enterprises for the most victories in NASCAR.

The rain grew in intensity as the race went on, making for challenging conditions initially but grew quite quickly to dangerous. On lap 25 of the planned 68, Cole Custer smashed into the back of Martin Truex Jr. who was slowing after contact with Michael McDowell on the back straight. Custer’s Ford burst into flames after the contact, but both drivers emerged unscathed after being checked over in the medical centre.

“We don’t have any business being out in the rain, period,” said veteran driver Kevin Harvick. “All I can say is this is the worst decision that we’ve ever made in our sport that I’ve been a part of, and I’ve never felt more unsafe in my whole racing career, period.”

“There’s nothing safe about being a race car driver,” Larson said. “It was getting pretty crazy. That’s kind of what you have to expect from racing in the rain.”

The first NASCAR race at COTA was a hit with fans with stands around the track packed, an alien sight for those not Stateside during the COVID pandemic. Drivers also spoke favourably of the circuit while those involved with bringing NASCAR to COTA mentioning that there is a chance that the circuit could become a series regular.

While one jewel in the motorsports crown is taking place this weekend in the form of the Indy 500, NASCAR welcomes a crown of it’s own in the Coca-Cola 600 at Charlotte.