Ricciardo: We were so far off, I just want to switch off 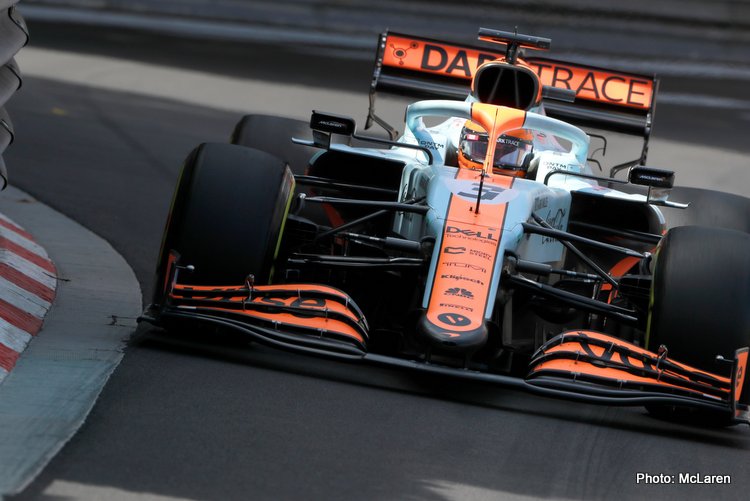 Daniel Ricciardo had a tough ride in Monaco and is looking to switch off and forget about it all before a Baku reset.

Lando Norris has had the better of his new McLaren teammate, Daniel Ricciardo, in four of 2021’s five races so far. But Ricciardo slumped to a new low in Monaco when Norris lapped the Australian on his way to a podium finish. Ricciardo ended Sunday afternoon in a disappointing 12th having been stuck behind Kimi Raikkonen for the duration.

On his first outing with McLaren at Bahrain, Ricciardo managed a points finish after crossing the line in 7th, but it was later revealed he had done so carrying floor damage from early contact with Pierre Gasly. He has since admitted that to have found himself beneath that original level has been “strange”.

“Looking back obviously at the transition to Renault wasn’t the easiest. But I think Monaco was actually a pretty strong weekend for me there.”

Monaco has been a strong hunting ground in years gone by for Ricciardo; His most successful track in F1 having scored 85 points in the principality and two poles, four podiums and a win in 2018.

“I’m obviously going to keep working at it. But I feel this weekend we’ve kind of been so far off and so much on the back foot that part of me also just wants to switch off for a few days. Otherwise, it’s like paralysis over analysis. I’ve been there before and I don’t want to go back to that.”

On what has caused his struggles, he attributes a lot of that to a lack of time to get used to the car in comparison to previous years:

“One thing actually which the team pointed out is we had a lot less mileage at the start of the year,” said Ricciardo. “I think that’s actually quite significant now.

“But with all that being said, I did not expect to be this far back. Absolutely not. The team’s being very understanding and very good about it. But personally I don’t want to be here, I want to be much further up.

“I appreciate them giving me time and I appreciate maybe I just do need more time. But since Bahrain, it feels like it hasn’t really made much progress. So I’ve got to got to try to unlock something soon.”