Pourchaire: My dream is to be a Formula 1 world champion 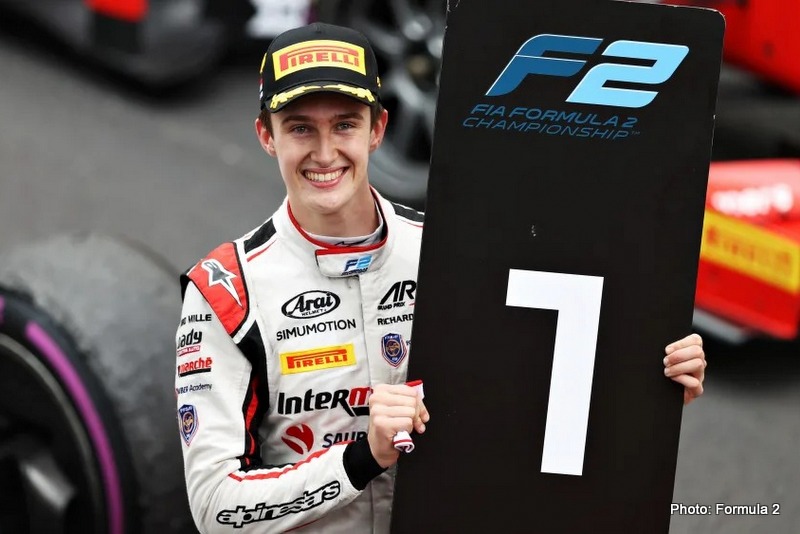 Theo Pourchaire has had a meteoric rise in the junior categories and his latest success with a Formula 2 win in Monaco, proved that he is one to watch and a potential F1 driver in waiting.

Having held off Oscar Piastri for 42 laps of the Monaco street 17-year-old Pourchaire converted a pole into a win in his maiden Monaco weekend, in his first full F2 season. His lack of experience did not show as the ART Grand Prix driver maintained his cool to dominate the race and the headlines.

“It’s a dream come true for me,” said Pourchaire after the race. “It feels like winning at home, as I live only half an hour from here.

“I came here to watch so many races with my family, and now I won in Monaco – I can’t believe it. It has been an incredible weekend, with the pole and a win in the feature race. I want to thank my team, ART, the Sauber Academy and my family for their support, without which this would have not been possible.”

“It means a lot because it’s not easy to win at 17-years-old on F2,” the Frenchman told the press. “It’s a really competitive championship and I need to be perfect and work really hard to catch the others.

“I wasn’t that fast in Bahrain and that weekend was really difficult. I just wanted to bounce back and be on the podium, but to get this achievement, it’s hard to believe really.

“You need to believe in yourself and you need to work hard. Competing in an elite sport is not easy. I have sacrificed a childhood to be in this position; going to a normal school, going out to nightclubs or just doing normal teenager things.

“You need to be really focused on your goals. I started go-karting at 3-years-old and since then, I’ve worked really hard and today I won in Monaco. But I’m not finished yet. My dream is to be in Formula 1, to be a Formula 1 world champion.”

Pourchaire has been a member of the Sauber academy since his 2019 ADAC Formula 4 campaign which saw him come out as champion.

In 2020, he made the jump to FIA Formula 3 with ART in a breakthrough campaign that saw him take 2nd overall as a rookie and also making guest appearances with BWT HWA Racelab in the closing races of the FIA Formula 2 championship.

Having renewed his relationship with Sauber in June 2020, Pourchaire’s ties with F1 look secure but it is with no doubt that new doors will soon be opening.

“To be honest I try to stay focused on Formula 2 because I am still a long way from Formula 1,” he said.

“I have the help of Sauber which is incredible and I know they are watching me when I’m not getting good results, but also when I am getting good results. My job is to just focus on Formula 2 and do a really good job here and I will try to be a title contender, but maybe it’s too soon to say that.”

Currently sitting third in the championship standings, five points behind Prema’s Piastri, Pourchaire has outshone the likes of Robert Shwartzman, Jehan Daruvala and Christian Lundgaard who were expected to turn it up in their second year in the series.

If his previous campaigns are anything to go by, Pourchaire possesses a superhuman ability to adapt to a new category and make an impact right off the bat.

A wise head on young shoulders, the 17-year-old will have undoubtedly gained a whole host of new fans in Monaco, many of which sitting comfortably in the F1 paddock while the rest watching on at home or in the grandstands.

One thing is certain though, and that is that they all expect Pourchaire to be racing in F1 in the coming seasons and that he is ready to make an impact when he does.