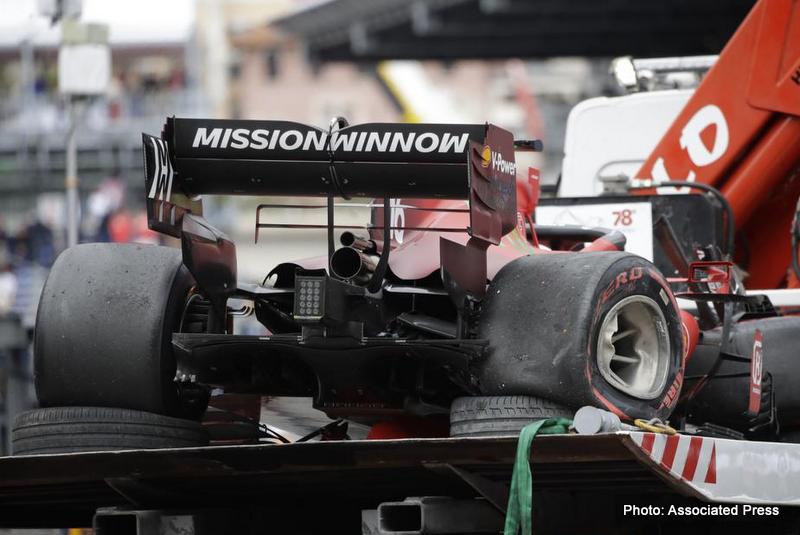 Having set the provisional pole time on his first run, Leclerc prevented any of his competitors from improving with their second run after crashing on the exit of the swimming pool section, which brought out the red flags and ended qualifying.

While Ferrari were unable to get the Monegasque driver’s car ready for the race, he would have been able to start on pole despite causing the red flag himself.

In IndyCar, any driver that causes a red flag in qualifying loses their fastest lap, and Masi admitted that F1 would consider adopting such a rule.

“Like when everything arises, the FIA, Formula 1 and the teams look at everything and consider it on its merits,” he said. “Yes, I know the IndyCar rule, which is also a rule in a number of other FIA international series and domestic championships around the world.

“We’ll look at it and, together with all of the key stakeholders, determine if it’s suitable or not.”

In the past, drivers have been accused of deliberately causing a stoppage to qualifying in order to protect their provisional pole time, but Masi feels Leclerc’s incident was definitely just a case of driver error.

“Having looked at it, looked at the data and also listening to the team communication, I don’t think any driver would go out there to severely damage their car to that degree, in any circumstance, because of the consequences that may arise out of that,” he added.