Herta: It’d be special to be Indy 500 youngest winner 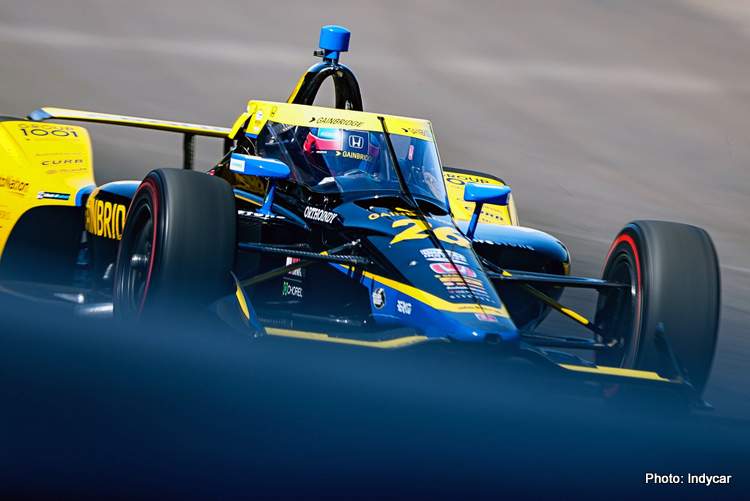 Six feet over 10 miles. That’s the difference between Colton Herta, the Indianapolis 500 record holder, and Colton Herta, the driver who qualified second for the 105th running of the Indy 500 presented by Gainbridge.

He was on the provisional pole position for all of three minutes until Scott Dixon put together the final run of the Firestone Fast Nine Shootout and scored the NTT P1 Award for pole with a four-lap average speed of 231.685 mph in the No. 9 PNC Bank Grow Up Great Honda.

He didn’t know it at the time, but for a moment it appeared Herta was on his way to becoming the youngest pole-sitter in the 110-year history of the Indianapolis 500. Rex Mays holds that record at 22 years, 81 days after he scored the pole for the 1935 Indianapolis 500.

“It would be cool,” Herta said. “I think more importantly than being the youngest, first off, is just getting to that point of getting a pole. Obviously, it would be cool. I have quite a few of those (youngest records) already, so it would be cool to have a few more.”

It certainly would’ve been cool for the Valencia, California, native, because he is very aware of the records he can set at his age. He’s already Inndycar’s youngest race winner at 18 years, 11 months, 25 days, and he’s wanted to break the record for the youngest Indy 500 race winner since he arrived in the NTT Indycar Series in 2019.

“I’m into history in things I like,” he said. “I was never a history buff in school or anything. I just watched a lot of the old races and know a lot about the race from that. So, it would mean a lot to get the youngest winner title. It would be special.”

The calm, cool Herta insists there’s no added pressure in becoming the race’s youngest winner. It’s not something that will define his career, just an added bonus. Plus, as he gets wiser with age, he has started to believe a little bit of destiny is involved in winning “The Greatest Spectacle in Racing.”

“I don’t think it’s healthy to put pressure on myself to do that,” he said. “It would be awesome if it happened. I think it can happen. It’s just a matter of … a lot of people say this: Every year you come here, I think it gets more and more true, that the track chooses the winner.

“Sometimes you come here with a car that is just slow, and you can’t do anything about it. Sometimes strategy plays a huge role. It really has to be your day. You can do as much as you can, but the aspect of the Speedway is what matters.”

All the stars appear as if they could be aligning this year for Herta. He’s had a strong Andretti Autosport car all week long, even before he landed his black-and-yellow car on the middle of the front row for the race Sunday, May 30.

He boasts the second-fastest practice speed of the month, a top speed of 232.784 mph he set in the fifth practice session of the week. He’s second on the combined results of practice chart to Dixon, who has a best lap of 233.302 mph.

He thinks his win, and in turn his record, can come this year. But if not, he still has next year. Herta took note of those records while watching old races, and he keeps them in the back of his mind even today.

And now, he has added another record to his bucket list.

“Can I get it next year, or too late?” he asked with a grin immediately after being told how close he was to the youngest pole winner record. “There you go. Why not do that? I’m up for it.”