Verstappen: It’s redemption for the other races here 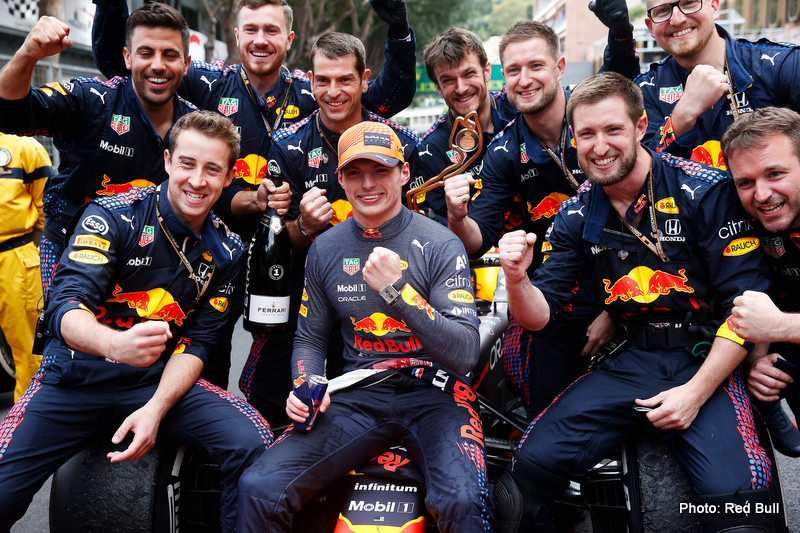 Max Verstappen was in good spirits following his comprehensive race win at the Monaco Grand Prix, which takes him to the top of the drivers’ championship.

The Dutchman came into the weekend trailing Lewis Hamilton in second, but goes away with a well-earned four point margin after Mercedes endured a nightmare race.

Verstappen did not initially put his RB16B on pole position, Charles Leclerc took that honour, but ended up starting the race from the front when Leclerc failed to make the grid.

From there, Verstappen was able to keep ahead of Valtteri Bottas at the start, before dominating from the front, deploying his pace whenever it was needed to keep Bottas, and then Carlos Sainz, at bay.

“Of course it always looks under control,” he said. “But to keep your focus for so many laps, that’s the hardest bit because it’s easy to relax a bit when you are in the lead and it’s easy to make a mistake.

“So you have to keep reminding yourself to stay focussed, keep your thoughts on the road. I think pace-wise it was very controlled because all the time if somebody tried to push me a little bit in terms of lap times, we could answer and make the gap bigger.”

Verstappen had never been on the podium in Monaco prior to this weekend and explained that claiming the race win felt a little bit like “redemption”, perhaps a reference to his error in 2018 at the circuit that saw then teammate Daniel Ricciardo go onto win from pole.

“I’ve never been on the podium and then the first time in, straightaway a win. So it’s a bit of redemption for all the other races here because I never really had a lovely feeling on a Sunday here.”