Verstappen: The red flag ruined the chance for pole 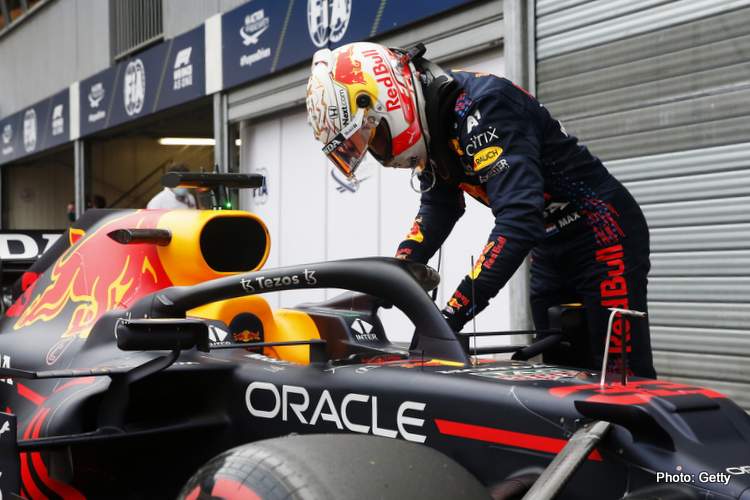 Max Verstappen has been in sizzling form this weekend in Monte-Carlo, the Red Bull driver seemed a sure shot to claim pole position, but Charles Leclerc’s crash late in the session ended his chances.

While Verstappen did enough in Monaco Qualifying to take second place on the grid, he was pipped in on Saturday by local hero Charles Leclerc, who then went on to crash his Ferrari on his final hot lap which brought out the red flags and put a halt to any challenge from his rivals.

“Unfortunate to have the red flag. I felt really comfortable. No-one was putting in first laps, we planned to do two laps and the third fastest, but the red flag ruined the chance for pole. Of course, it’s easy to have a red flag, but you don’t expect it and it’s just a shame there was a red flag.”

There is a difference when the guy makes a mistake and has an accident or if he parks the car intentionally. Of course, I am disappointed to be prevented to do a fast lap, we’re trying so hard.”

Later in the team report, he added: “Qualifying around here is a lot of fun. I did a decent first lap in Q3 but the tyres weren’t quite in the window and I knew it was going to come down to the last run.

“My last lap felt really good as I was going into the tunnel, but because of the red flag I couldn’t finish it which was frustrating as I felt so comfortable in the car and I knew pole position was on.

“Obviously, Charles is driving very well so I knew it would be tight but everyone back at the factory and here at the track has done an amazing job to get the car to where it is now, especially after we struggled so much on Thursday.

“I think it’s been a very good weekend so far, we recovered well from practice and we’re starting on the front row tomorrow, which is the most important thing in Monaco.

“So it’s not too bad. I can be quite happy with second after that red flag and now we just need to finish off the job tomorrow!” added Verstappen who has yet to finish on the podium at the Monaco Grand Prix.