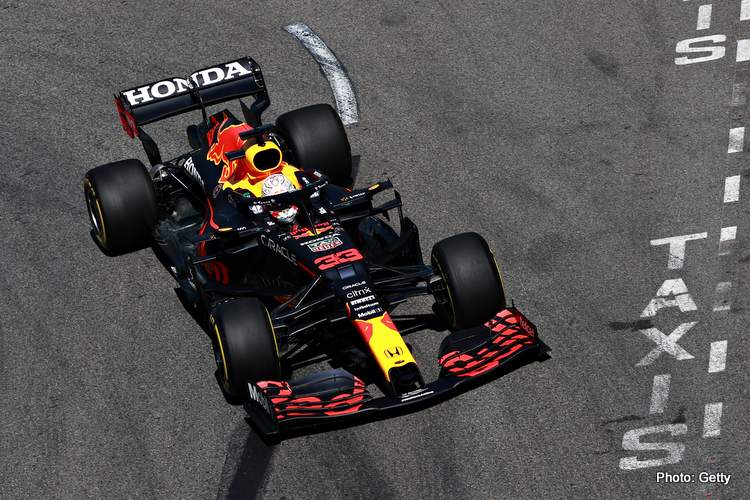 The pre-race predications of Mattia Binnoto came to fruition as Charles Leclerc delivered a convincing pole lap despite a crash resulting in qualifying being cut short on the streets of Monte Carlo.

Let’s crunch the numbers from the qualifying session in The Principality of Monaco and figure out what was really went on Saturday.

A couple of fistfuls of lap time were the difference between Ferrari and their rivals as Charles Leclerc and Carlos Sainz came out swinging during qualifying for the Monaco GP. Ferrari showed their strongest form yet since 2019, and it was the quickest any Ferrari car has lapped the streets of Monte Carlo, only +0.180 slower than the fastest lap ever produced at the circuit by Mercedes in 2019.

The progress chart above shows comparisons from each team’s fastest lap today compared to their respective fastest lap in 2019 or 2018, depending which one was faster. McLaren are at the top of the table, and while it looks like they are falling behind Ferrari in on-track pace, the reality is Ferrari have been improving, jumping ahead and just outside of McLaren’s grasp.

Red Bull’s progress wasn’t particularly spectacular as they have found a new and unlikely opportunity to regulate themselves to being second best despite Mercedes being firmly behind them for the first time this year. Mercedes by comparison put up alarmingly poor numbers losing nearly half a second in qualifying pace to their direct championship rival Red Bull.

If not for the year of learning currently taking place at Haas, Mercedes would be shown convincingly as the worst improved car at Monaco this year. Despite maintaining enough pace to challenge for pole position throughout 2021, the evaporation of qualifying pace due to the floor regulation changes was on full display today as neither Valtteri Bottas nor Lewis Hamilton ever once looked in firm contention for a front-row start.

In terms of the Ferrari and McLaren championship battle, clearly, it’s advantage Ferrari as Daniel Ricciardo struggled to connect on pace today. It’s highly reminiscent of the Portuguese GP earlier this year where a massive points haul in Ferrari’s favour after qualifying looked certain.

Ferrari need to solidify today’s effort with an equivalent result tomorrow and not squander the opportunity to jump McLaren in the championship standings for a second time this season.

First and foremost an absolutely massive lap by Charles Leclerc in the Ferrari prior to his crash sees him a quarter of a second ahead of his rivals to secure his eighth career pole position. An unlikely achievement as the season has progressed for Ferrari.

In a season that has been mostly dictated by mistakes between Verstappen and Hamilton, Hamilton was severely outclassed and made to look ordinary by his teammate today as the British driver appears to be in for a damage control session tomorrow after qualifying a hopeless seventh position.

Carlos Sainz aired frustration over the radio and then again at great length once removed from his Ferrari challenger expressing his devastation in losing what he believed to be a pole position capable lap due to the red flag. So far this year, Sainz has been just a step behind his pole sitting teammate Leclerc in both race pace and qualifying pace on average.

Lando Norris has rebounded well from a disappointing Spanish GP showing a significant pace delta to his perplexed Australian teammate Daniel Ricciardo at the conclusion of today’s session. Just as soon as Ricciardo had believed to have figured out the MCL35M McLaren challenger in Spain, Ricciardo has once again found himself in the deep end.

It wasn’t only Ricciardo who struggled against their teammate, as despite admirable early season promise, Yuki Tsnoda has fallen off the cliff in direct comparisons to his teammate Pierre Gasly; being shown around the streets of Monaco by well over a second each lap by the young Frenchman.

Esteban Ocon continues to impress his multiple champion teammate Fernando Alonso while Hamilton and Perez were candidly beaten by teammates and well beyond reason.