Alonso: Anything can happen in Monaco 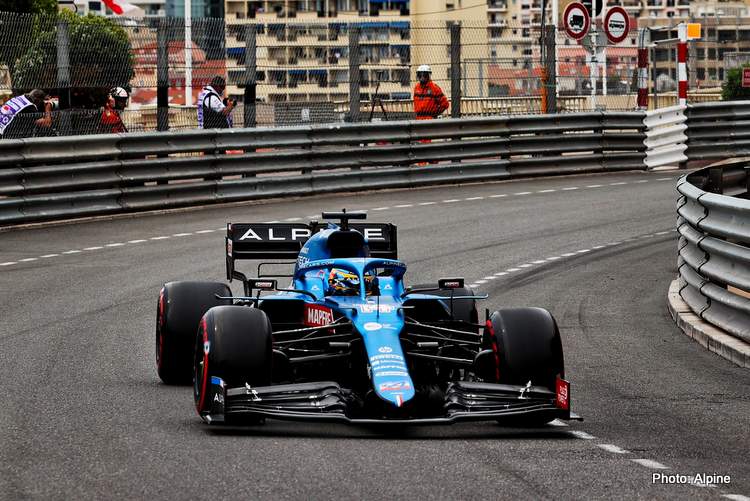 Fernando Alonso has been left puzzled with a shock Q1 exit in qualifying for the Monaco Grand Prix.

The two-time F1 world champion and two-time Monaco winner could only manage 17th place, saying that he and Alpine have struggled to understand tyre temperature and preparation so far.

“It was not an easy weekend for sure. I think we are missing a little bit on overall grip or tyre preparation or something because we were expecting a lot from Monaco,” said the Spaniard.

“After Portugal and Spain the car was getting better and better so we thought Monaco could be a good opportunity and we didn’t deliver.

“The temperature on the tyre was not an easy topic this weekend. We need to understand why. Nothing we can do now. It’s race day tomorrow, starting at the back in Monaco is not ideal. But let’s hope for a crazy race.”

Ocon, who said in Sky F1’s Qualifying buildup show that Alpine expected to be racing this weekend, was behind Alonso in all three practice sessions.

Alonso maintained that he still felt “very close this weekend” in relation to his teammate’s pace.

The Spaniard added in the team report: “It was a tricky session today and it’s always a little bit messy in qualifying here as you’re trying to find clear space.

“I don’t think that was the cause for being eliminated in Q1 as we just couldn’t find the performance the whole weekend and we were expecting more from our package.

“It’s going to be very difficult starting near the back here in Monaco, but anything can happen in this race,” he added.

Ocon so far has the measure of the returning Alonso, outqualifying him 4-0 and in terms of points, has doubled Alonso’s haul so far.

Alpine’s executive director Marcin Budkowski explained that the team have been struggling to understand and get the most out of the Pirelli tyres so far this season.

The team faced difficulties on Thursday’s practice sessions which have put them on the back foot ever since.

“It was not a good weekend overall for us and unfortunately it’s not really getting any better,” said Budkowski.