Verstappen: Not yet comfortable in the car this weekend 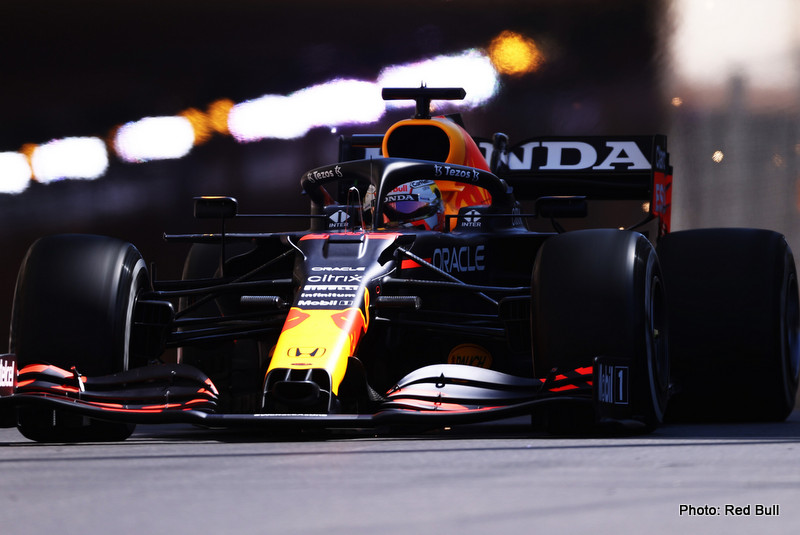 Max Verstappen has admitted that he did not feel fully “comfortable” in the Red Bull during Thursday practice for the Monaco Grand Prix.

The Dutchman went third quickest in FP1, before going fourth fastest in FP2, with a best lap time so far of 1.12.081.

His Red Bull teammate Sergio Perez topped the timing sheets in FP1, while Ferrari, who could prove to be a contender in Monaco, secured a 1-2 in FP2.

Verstappen has never finished on the podium in Monaco, but will looking to put that right this weekend as he hopes to gain ground on title rival Lewis Hamilton.

Hamilton has won three of the opening four races, with Verstappen claiming his only race victory so far at Imola.

“It of course feels good to be back out on track in Monaco and although we did quite well in FP1, this afternoon’s session was tricky and I would have hoped that we could have been faster,” he said. “We were too slow in FP2 and we really need to find some pace because everyone has traffic, you have to look to optimum lap times and optimum sectors and we were quite off.

“I usually feel quite comfortable in the car but that has not come yet this weekend. Luckily, we have a free day to look at a few things to improve to make sure qualifying goes well on Saturday.”

Verstappen took pole position for the season-opening Bahrain Grand Prix but has been edged out by the Mercedes duo of Lewis Hamilton and Valtteri Bottas since.

FP3 for the Monaco Grand Prix gets underway at 12:00 local time on Saturday, with qualifying set to start at 15:00 local time.