Ricciardo: Confidence was just not translating to a lap time 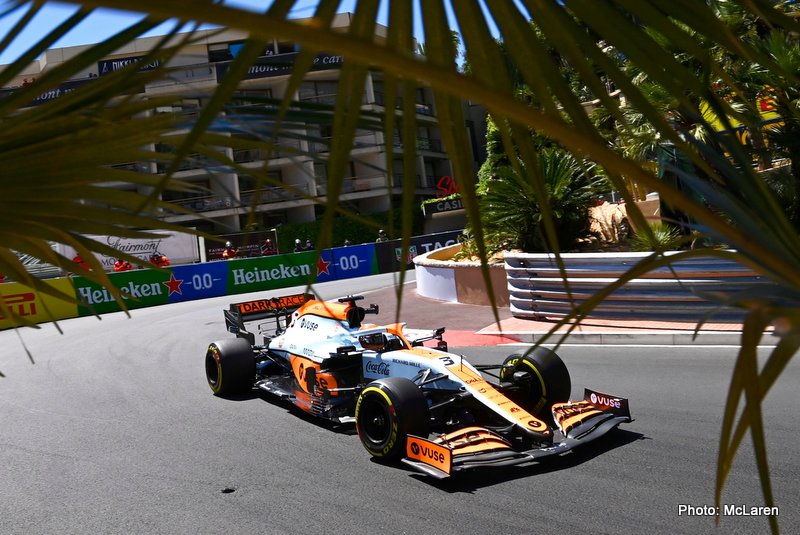 Daniel Ricciardo was left somewhat frustrated after a difficult run in Thursday practice ahead of the Monaco Grand Prix.

The McLaren man finished 15th in both FP1 and FP2, a step back from teammate Lando Norris on each occasion, with the young Brit having had the edge on the Australian so far this season.

Ricciardo did look to have found his best form last time out in Spain, outqualifying Norris and finishing the race in sixth, but that has not yet translated in Monaco.

Assessing his first day driving in the principality since the last race in 2019, Ricciardo explained that he was becoming frustrated “behind the wheel” due to his inability to find the lap time he wanted.

“I had confidence, it was just not translating to a lap time,” he said. “From behind the wheel it was quite frustrating because I would cross the line and think it had been a decent lap, but then it was like you are P12 or P15, and even at one stage P17.

“So it is frustrating because it is a long way off, there is a lot of time to find.

“Luckily we have Friday off, but right now it is like, yeah, trying to figure out where all the time is.

“The second sector was my weakest one, and that’s Turn 5, 6, all the low-speed. It is a bit surprising why I am losing so much there.”

Ricciardo has an excellent record in Monaco, winning at the circuit in 2018 from pole position, in addition to claiming pole in 2016.

“But this is why I love Monaco,” he added.

“You get a day off to really get into it, reset, and have a look at where we’re missing out. I think by Saturday I’ll be all good and we’ll figure it out, but today it just felt like a little bit of a stalemate at times.

“We’ve got some work to do, but the sun is shining, and we’ll get back out there on Saturday and have some fun.”

FP3 for the Monaco Grand Prix gets underway at 12:00 local time on Saturday.