Vettel: No advice for Verstappen as Lewis beat me 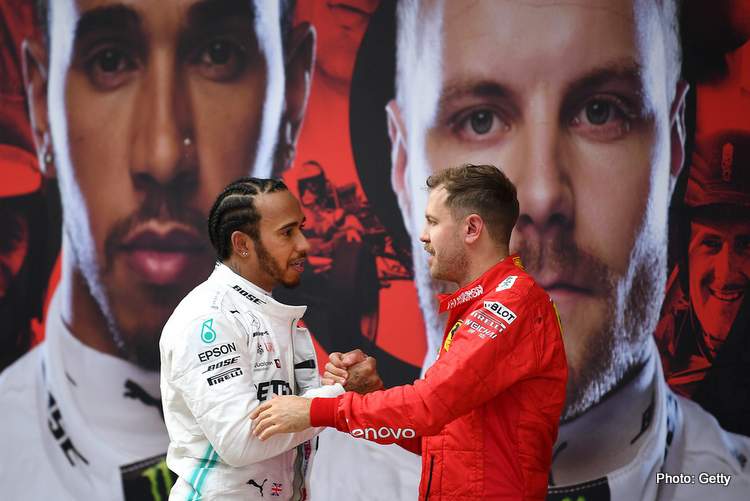 Sebastian Vettel joked that he could not offer Max Verstappen any advice on how to beat Lewis Hamilton in a title fight because he failed to overcome the seven-time world champion during their head to head duels.

Vettel and Hamilton were involved in a fight for the 2017 and 2018 championships during the German’s time at Ferrari, with Hamilton coming out on top on both occasions.

The Aston Martin man won his four titles between 2010 and 2013 at Red Bull, with Hamilton only a contender during the 2010 season.

Asked about the ongoing title fight between Hamilton and Verstappen, Vettel admitted that he had not seen too much of it while driving further back in the midfield, but argued that it was a positive development for the sport as a whole.

“No advice,” he said, “Obviously I didn’t succeed, Lewis beat me, so it’s better not to give him any advice.

“I guess he wants to succeed. It’s a long year, there are a lot of races so, I don’t know, it doesn’t work like this. I’m not giving him any advice.

“It’s great if you are fighting for the lead and you have two drivers, two different cars fighting each other.

“We will see how it pans out over the course of the year.”

FP2 for the Monaco Grand Prix gets underway at 15:00 local time on Thursday.