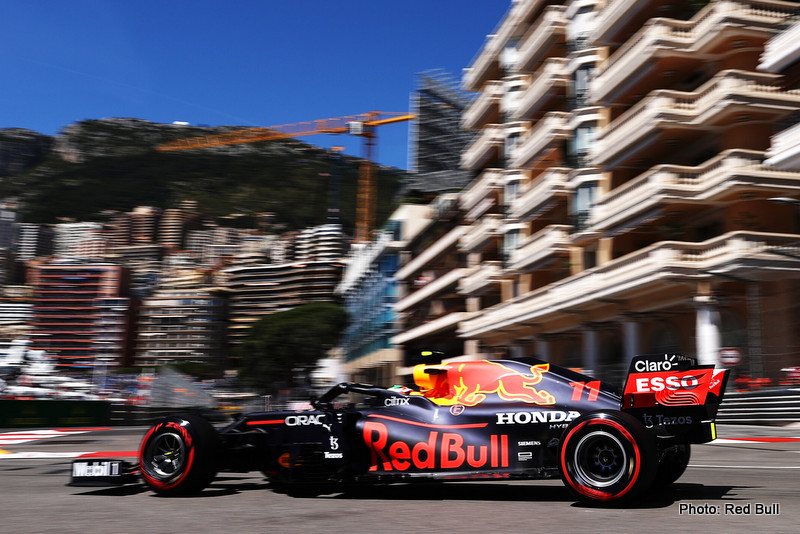 Sergio Perez made a great start to his first Monaco Grand Prix weekend with Red Bull, setting the quickest time in the opening free practice session.

Putting in his fastest lap on the soft tyres, the Mexican racer finished more than a tenth clear of Carlos Sainz, who was second quickest following a very promising session for the Ferrari man.

Max Verstappen was 0.161 seconds back from Perez in third position, but set his best lap time on the medium tyres, suggesting that he may well have more time in his RB16B.

Pierre Gasly was fourth for AlphaTauri, ahead of the Mercedes duo of Lewis Hamilton and Valtteri Bottas, both of whom followed Verstappen in completing their best times on the softs.

Lando Norris was seventh in his newly-painted McLaren, with Sebastian Vettel, Yuki Tsunoda and Kimi Raikkonen rounding out the top 10.

Lance Stroll was 11th ahead of Antonio Giovinazzi in 12th, while Fernando Alonso survived a minor scrape with the wall to finish the session in 13th.

Fernando Alonso took some front wing damage, he’s now back in the pits

We were briefly under yellow flags, but we are now back under way#MonacoGP 🇲🇨 #F1 pic.twitter.com/yOvHUT2jPt

Nicholas Latifi was 14th, having completed more laps than any other driver, with former Monaco winner Daniel Ricciardo 15th for McLaren.

Esteban Ocon was 16th, with Nikita Mazepin ahead of teammate Mick Schumacher in 17th on their Monaco debuts.

George Russell was 19th, with Leclerc rounding out the field thanks to his early problem. 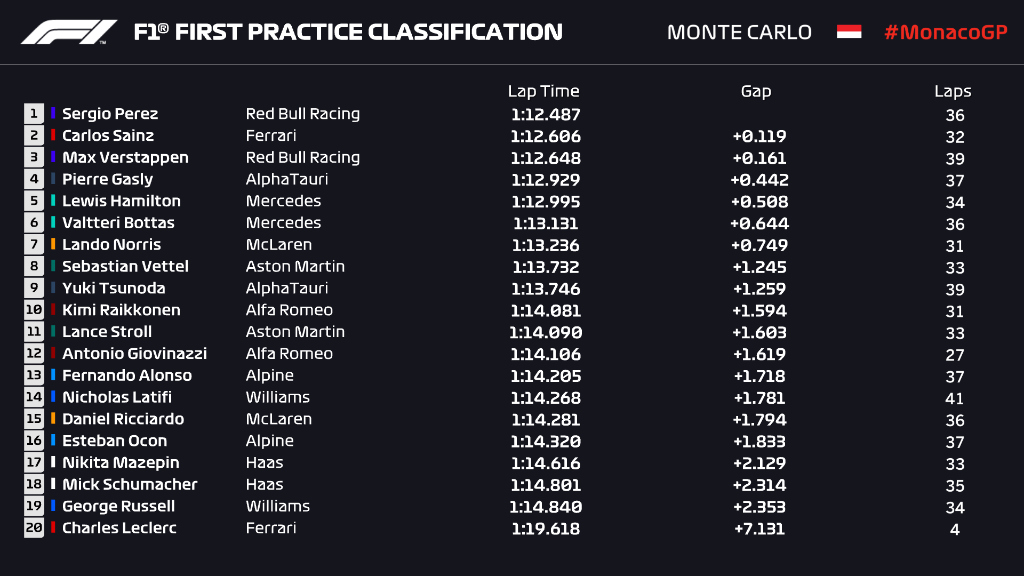