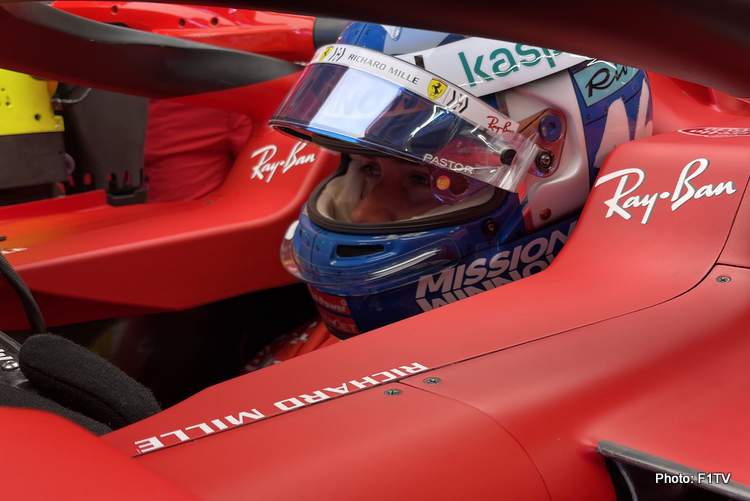 Charles Leclerc’s weekend at the Monaco Grand Prix got off to an awful start as his Ferrari suffered an early gearbox issue that forced him to pit and miss the rest of the one hours session on his home turf.

Ten minutes into the session Leclerc reported problems over the radio: “I think fourth gear is broken.”

Upon which he was told over the radio to pit immediately, later to be informed it was terminal. FP1 over before it began. Not long after the team Tweeted:

Early issues for Charles and Ferrari, they’re back in the garage working on his car now#MonacoGP 🇲🇨 #F1 pic.twitter.com/1eeoVOib8U

The good news was while Leclerc limped to the pits, Carlos Sainz in the other Ferrari was in sizzling form, topping the timing screens at that point before finishing second fastest, splitting the pace-setting Red Bulls and only a tenth shy of timesheet-topping Sergio Perez.

This suggests that the SF21 may be handy around the twisty confines of Monte-Carlo. While Leclerc will be looking to reverse a poor record on a track that runs through his childhood neighbourhood, where he watched his first Grand Prix as a toddler from an overhanging balcony.

And the locals were there to cheer him as he raced past them and waved on his warm-up lap today.

But results have been unkind to his record in the top flight, crashing out on his first F1 visit at the venue when the brakes failed on his Alfa Romeo. The next year, driving for Ferrari, he clipped the wall and was forced to retire early in the race.

His two Formula 2 races in Monaco were fruitless, Leclerc’s record that day showing a couple of DNFs that day; the worst weekend of his 2017 F2 championship-winning year.

Time for the Monaco Kid to catch a break in his hood.