Ralf Schumacher: Vettel will recover but time is running out 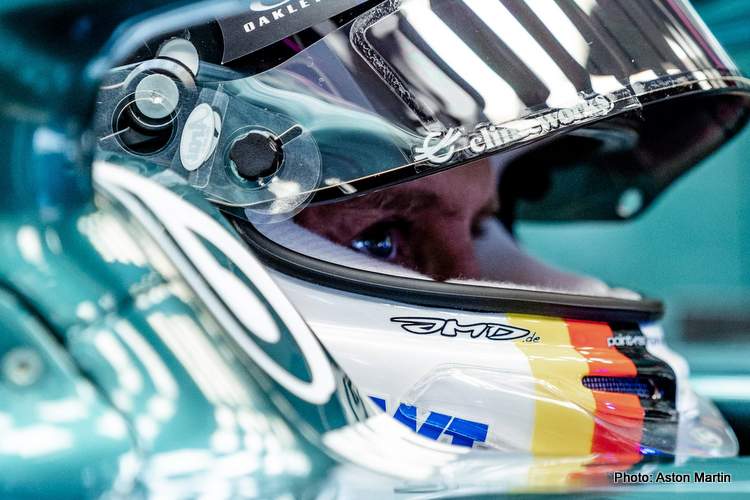 Sebastian Vettel‘s slide from a serial winner in Formula 1 to a lost soul swimming in a fishbowl year after year is well documented, among those wishing the real Seb was here is Ralf Schumacher.

The fall from grace of one of the most successful drivers of the modern era has been hard to stomach for any true fan of F1, from the slide at Ferrari to the forgettable final year with the Reds that almost forced Vettel out of the sport until Aston Martin came calling.

Pre-season hype was that Lawrence Stroll’s team would be a big hitter this season, after a stellar 2020 in which Racing Point won a race, they now had Vettel who would be able to find his real self out of the cauldron that is Maranello. That was the plan.

Alas, Aston Martin have produced a dud of a race car, a far cry from the Pink-Merc of last year and Vettel finds himself toiling in the heart of the field, where rubbin’ is racin’ here Seb does not sit comfortably; throw in teammate Lance Stroll making the German look ordinary, fling into that a no-end-in-sight then, no matter which way you look at it, this is a crisis for him.

Speaking to Speedweek, Schumacher observed: “Sebastian Vettel’s task in the next races will be to dominate his teammate. As a four-time world champion, he has to do it.

“If it doesn’t get better and he doesn’t lead the team forward, then at some point you have to ask yourself if all this still makes sense. We should give him two or three more races, by then the problem of getting used to Aston Martin should be resolved.”

This weekend F1 wakens sleepy Monaco which transforms into one of the trickiest and perilous circuits on the calendar, also the most-watched race on the calendar which, in turn, means there is nowhere to hide.

Lack of confidence in the car, will not serve any driver well on the streets of Monte-Carlo as Ralf explained: “Lance Stroll feels at home in the car he knows well, which is a disadvantage for Vettel, especially at Monaco, where you have to feel extremely comfortable in the car in order to be able to fully deliver.

“But maybe they’ll pack everything they can into a not-so-efficient car and maybe their rivals make mistakes.

“I know that as a Formula 1 driver you question yourself during every practice session and after every race if you are behind your teammate you ask yourself: How can it be that he is faster? Why can he brake ten meters later?

“That gnaws at Vettel, and we notice that with certain statements in interviews,” observed Schumacher, a six-time Grand Prix winner.

Heading to the Monaco Grand Prix, Vettel has zero points – his worst start in F1 since his first full season in 2008 and is, more often than not, out-driven by Stroll.

Schumacher continued: “Of course that’s a burden but, as a driver, you always hope that everything will go better next time, or that there will be an improvement in the car that corresponds more closely to your driving style.

“The team also has to step up, I think they have to support Vettel wherever possible. But even then, with all the hope and perhaps the introduction of new parts, if the other driver is faster again, then this fresh motivation disappears quickly.

“I believe Vettel will recover but time is not on his side,” added Ralf who raced in F1 from 1997 to 2007 with Jordan, Williams and Toyota.