Ricciardo: I’m really starting to get to grips with the car 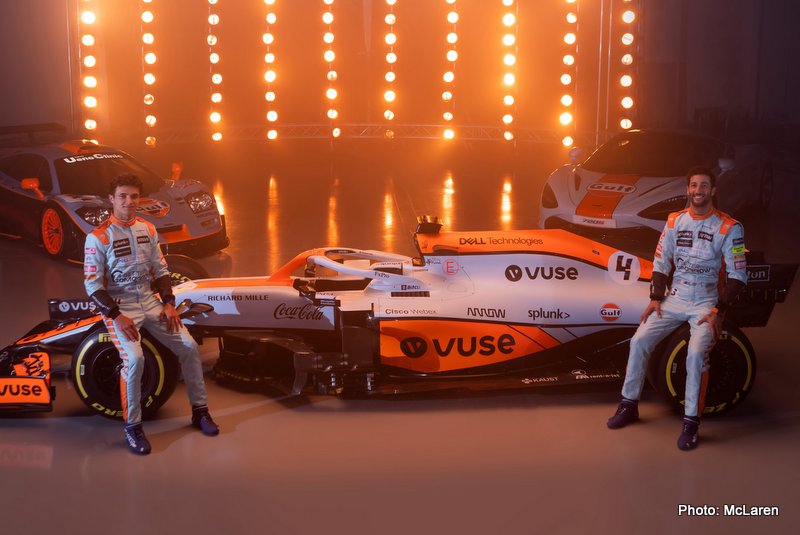 Daniel Ricciardo has said that he is “getting to grips” with the McLaren MC35M after initially struggling following his off-season arrival from Renault.

While Ricciardo has finished in the points in each of his first four outings for McLaren, he was beaten by new teammate Lando Norris in the first three races and complained of not feeling quite at home in the car.

However, he bounced back at the Spanish Grand Prix in the last race, converting a seventh-place qualifying performance into P6 on race day.

Looking ahead to the fifth round of the season at Monaco this weekend, a circuit where Ricciardo has claimed pole twice and won once, the Australian was upbeat, dubbing the classic track his “favourite circuit on the calendar”.

“I was already excited about going racing again in Monaco, but to be racing in Gulf colours for the weekend just raises the level of excitement even further,” he said. “I’ve even got a custom retro helmet to match the entire theme of the team this weekend.

“Monaco is my favourite circuit on the calendar, and I really missed driving there last year. It’s such a unique place to drive and as F1 drivers we’re incredibly lucky to get the opportunity to race there. It’s not like any other circuit in the world where you can turn up for a track day and drive, you have the Monaco Grand Prix and support events and that’s it. So, I’m incredibly excited to be going back, we’ve been deprived of that place for nearly two years.

“We’ve been making a lot of progress over the last few races, and I think that really showed in Spain. I’m really starting to get to grips with the car and build my confidence. We know we’ll have our work cut out for us in Monaco, given how important qualifying is and how close we are to the competition, but we’ll give it our all and try to bring home some solid points for the team.”

Free practice for the Monaco Grand Prix gets underway on Thursday, with qualifying in its usual slot on Saturday afternoon.