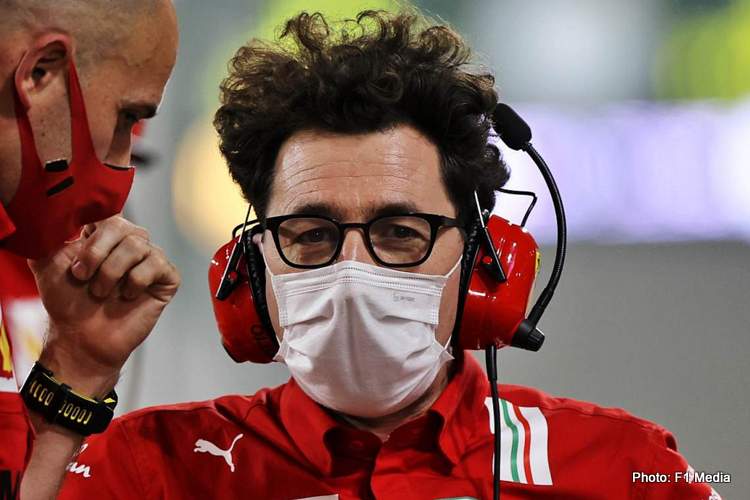 Mattia Binotto says that Ferrari’s speed in sector three at Circuit de Barcelona-Catalunya puts the team in a “good state of mind” ahead of this weekend’s Monaco Grand Prix.

Sector three in Barcelona is the twistiest part of the lap, with a number of tight, slow corners that are commonplace at a street circuit like Monaco.

Ferrari enjoyed an excellent result in Spain, with Charles Leclerc finishing fourth, having spent much of the first stint in third ahead of Valtteri Bottas, and Carlos Sainz seventh.

The team are currently fourth in the constructors’ championship, five points adrift of rivals McLaren, and Binotto looks to be eyeing the Monaco Grand Prix as a good opportunity to secure more solid points.

“I think it’s a very specific circuit,” Binotto said. “Yes, obviously having good downforce in the last sector [at Barcelona] gives you a good feeling and it puts you in a good state of mind going to Monaco because, for sure, you prefer to be quick in sector three in Barcelona.

“And at the same time Monaco then has a lot of specifics of car set up, tyre preparation for qualifying. The cars are so different in Monaco that it could change a bit the picture, what we need to focus now is in keep learning from what we learned this weekend, try to put together the best possible plan, the best possible setup for Monaco and we try to maximise our performance there.

“But yeah, I would keep it cautious just to see how it goes there with very different cars and setups.”

Free practice for the Monaco Grand Prix gets underway on Thursday at 11:30 local time, with qualifying in its usual Saturday slot at 15:00 local time.