Vettel: Giving up on 2021 would be a wasted opportunity 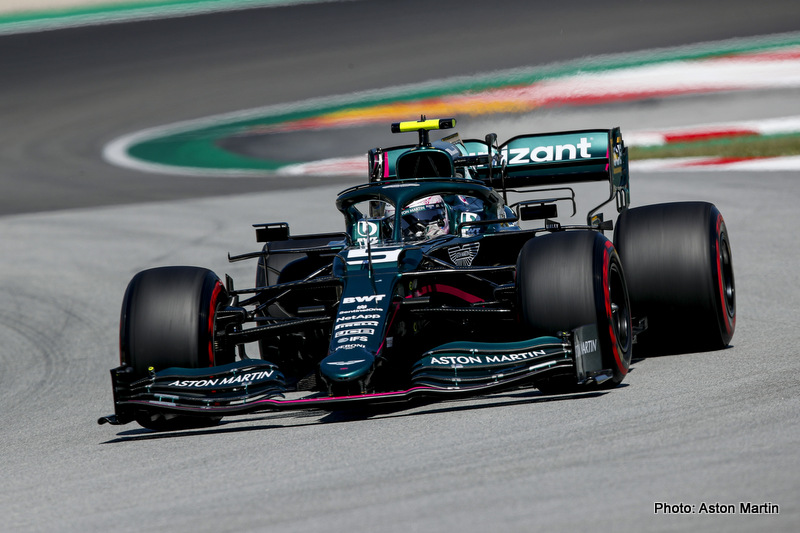 Sebastian Vettel believes that Aston Martin should not give up on the 2021 Formula 1 season, despite a difficult start to the campaign.

After challenging for third place in the constructors’ championship right up until the final race last year, the Silverstone-based outfit have been thoroughly outperformed by midfield rivals McLaren and Ferrari early on, picking up just five points from the opening four races.

Vettel is yet to get off the mark with his new team and has been outqualified by Lance Stroll in three of the four sessions so far, but believes there is plenty the team can learn from the season even if they are not in the “racing in positions” they would ideally like to be in.

“I don’t think, not just now, but generally in life that shortcuts will help you a big deal,” he said. “So I think like I said earlier there’s so many things we can still learn and we can still have a better understanding as a team so it would be a wasted opportunity now.

“The question is obviously how you measure the opportunity, whether you measure it podiums, points or wins or a different currency, so as a team we can still improve on a lot of small things but at the end it is small things that make a difference and lead to perfection.

“Even if we are not racing in positions we would love to, it is still time well spent.”

Aston Martin have bemoaned the off-season rule changes on a few occasions already, with team principal Otmar Szafnauer arguing that the floor and rear end changes have impacted their low rake philosophy severely.

Asked about their performance levels so far this season season, Vettel said Aston Martin are not where they had hoped to be, but remain “excited” about what is yet to come.

“Well I think it is not a secret we expected to be stronger this year, obviously for reasons we are not, so it is what it is,” he added.

“I think yet we can grow as a team, there’s lots of small things that we are looking at we can improve, I think the whole group is still very excited, the spirit is great so I’m happy, despite the performance not being where we all wanted to be but we have accepted that and we’ll try and do the best from there.”