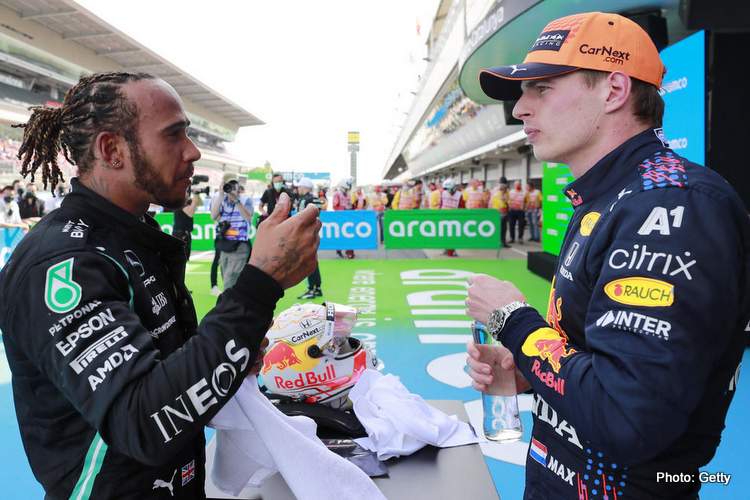 Jenson Button has waded into the explosive territory by claiming that in his book Lewis Hamilton is the most complete driver in Formula 1 and Max Verstappen the most talented.

Early signs have been that Hamilton vs Verstappen will happen this year with Red Bull, at last, providing their prodigious star a package that gives him his best crack at securing his first title and denying Hamilton a record-breaking eighth. Right now he is tied with Michael Schumacher on seven F1 world titles.

On duty during the Spanish Grand Prix weekend for Sky F1, Button said of Verstappen: “He is immensely talented. For raw talent, he’s probably the most talented… I know a lot of people won’t agree with me on that.

“The most complete driver out there in terms of experience and the way they go about their racing is Lewis Hamilton. But for raw talent, I think it has to be Max. So Red Bull are not going to want to let him go.”

Button and Hamilton were teammates for three years at McLaren, but unlike Red Bull they did not hang on to Hamilton and after his departure, coincidentally or not, the Woking team began their slide which only recently was halted.

Button, therefore, knows a thing or two about his fellow Englishman: “The last few years he probably hasn’t had the competition we would have liked. But this year up against probably the most exciting young talent and, for me, the most naturally-gifted driver out there, and he’s really taken it to him.

“The driver who’s impressed me the most this year – it’s not actually Max Verstappen. It’s Lewis because of how he dealt with that pressure from Max,” explained the 2009 F1 World Champion.

Heading to the Monaco Grand Prix, Hamilton leads the 2021 F1 drivers’ championship standings by 14 points from Verstappen, setting the scene for a riveting weekend on the mean streets of Monaco where the sport’s two best drivers will be at it again.

Fans of the sport are well served this season.