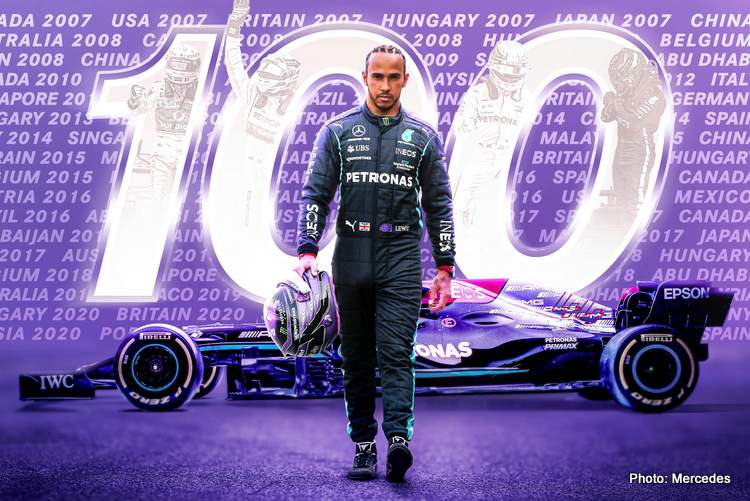 Seven-time Formula 1 World Champion Sir Lewis Hamilton ranks in the top ten of the Forbes list of athletes with the highest earnings in 2020.

Despite COVID-19, according to the latest list released by Forbes, Hamilton banked a cool $82-million for his efforts in winning his seventh title and helping his Mercedes team to fourteen F1 world championship triumphs in seven years.

Forbes reports: “For much of 2020, the world’s leading athletes were sidelined, working for reduced pay, playing to empty seats or isolated in competitive bubbles designed to thwart a pandemic that has sapped billions of dollars from professional sports.

“Still, for the best of the best, things couldn’t be better—at least in terms of their financial heft.

“The ten highest-paid athletes in the world took home pretax gross earnings of $1.05 billion during the past 12 months, 28% more than last year’s top earners. The combined haul falls just a few million short of the $1.06 billion record set in 2018, the 12-month window in which boxer Floyd Mayweather earned $285 million, almost all of it from his 2017 pay-per-view fight with Conor McGregor.”

Although Hamilton earned less than half of McGregor’s pot of gold, it was still an impressive haul for the lad from Stevenage whose mastery of his chosen sport has not only made him the most successful, put him among the greatest and is now certainly the best paid F1 driver of all time.

Notably, only two of the sportsmen in the Forbes top ten earners of 2020 are under the age of thirty.

Hamilton, 36, is expected to ink a new deal with Mercedes by August, the terms of which will determine if the reigning World Champion will again feature on the 2021 Forbes list with a record-breaking eighth world title on the cards.