Grosjean: Life is not free, it has to be lived 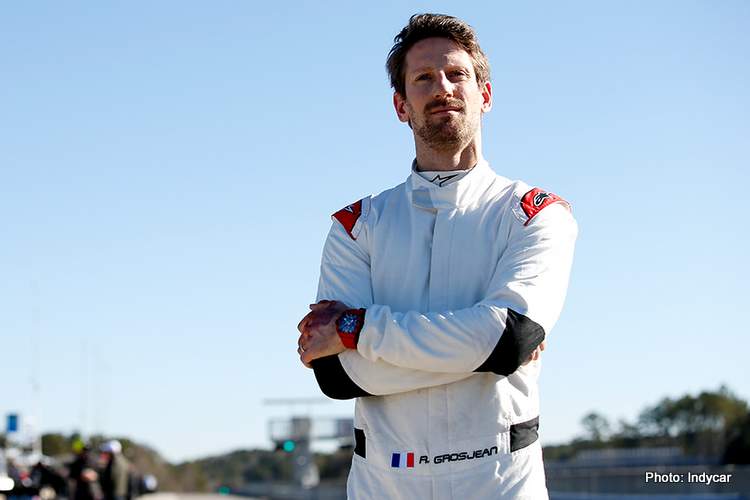 Romain Grosjean stared death in the face on that November night before he walked out of the blazing Haas, which collided horrifically with the barriers on the opening lap of the 2020 Bahrain Grand Prix.

After his harrowing escape, the crash that put an end to his F1 career earlier than expected, he has confronted the images of that night at Sakhir, opening up in a telling interview on Beyond the Grid podcast.

That night the world witnessed a miracle and although much has been written about it since, speaking to host Tom Clarkson, Grosjean has now revealed how his family confronted the near-death experience which they to saw live on TV that day: “The kids had many questions. I have watched it with my kids, with my wife. I can talk about it very openly.

“I worked with a psychologist after it, just to make sure there were no flashbacks or nightmares or anything bad coming from it. I had a couple of flashbacks, and a phase in the accident that I needed to understand, to go through with my psychologist.

“One was quite early morning, 6am, and my son woke me up. And the other one was when I was going for surgery on my hands in Geneva, being put asleep (with anaesthetic), so I guess all the ingredients were there to not make you feel good and remind you what Bahrain hospital looked like from the bed.

“They were the couple of flashbacks I’ve had. Since then I’ve never had a nightmare. I can watch [the crash] without any problem, I can talk about it without any problem. Yes, you know my hand is not great – I can’t go in the sun, I have to be careful with cold temperatures, with hot temperatures and so on. But also it’s working. I can play with my kids, I can still build Lego, and that’s what matters.”

In the wake of the crash, Grosjean has since departed F1 and is now plying his trade in Indycar, focusing on the road courses for now. However, the episode that night has inspired the Frenchman like never before.

Asked if he was happier in the wake of surviving, Grosjean replied: “100% and I may sound crazy, but let me explain. Every day I live since then is like a bonus day. I was so close to not being here anymore that it makes you realise how beautiful life is.

“Yes, you know you may have small issues here and there – a connecting flight being cancelled or losing time, things you would moan about, and I’ll still moan a little bit about it. But also every morning I wake up, I need to remove my silicon gloves and put some cream on my hands, and I remember that I am alive, I am here. I can play with my kids, I can go racing again, I’ve got my lovely wife next to me.

“I’m happier in life, just because I’ve realised how good life is even with it’s problems. It would be quite boring if we didn’t have any issues in life. It is quite crazy to think that I had to be so close to not being here anymore to realise that life is not free, it has to be lived,” added Grosjean.

Great podcast and worth a listen in full here>>>