Verstappen: It was like Hungary 2019 and I was a sitting duck 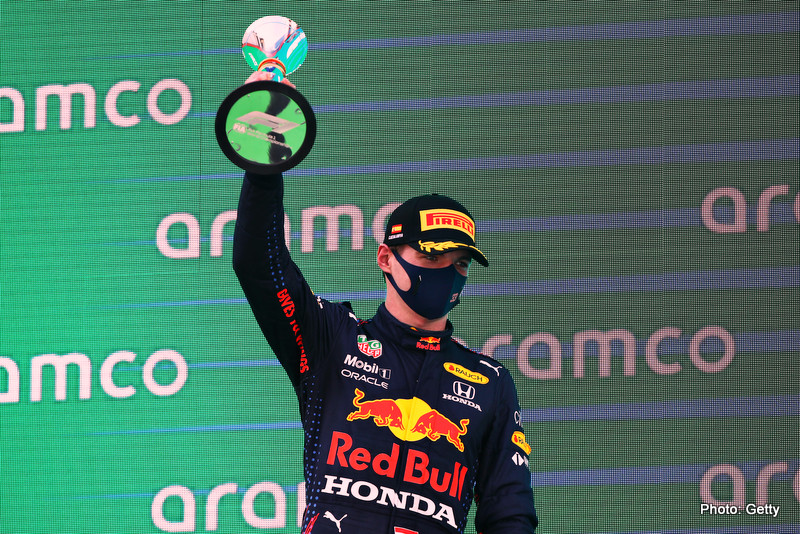 Max Verstappen felt that he was a “sitting duck” towards the end of the Spanish Grand Prix as Lewis Hamilton hunted him down to take a third win of the season.

Verstappen had led much of the race but could do little to resist Hamilton as he took the lead thanks to a tyre advantage that owed to Mercedes’ two-stop strategy, with Red Bull driver having to settle for second.

The Dutchman has finished in the top two at all four races so far this season, claiming victory at the Emilia Romagna Grand Prix in Imola, but like in Portimao, Mercedes looked to have the slight edge in terms of race pace.

As a result, Hamilton was able to stay close to Verstappen throughout, and the 23-year-old admitted after the race that Red Bull were just slightly lacking on the day in terms of speed.

“I tried everything I could today and took the lead at Turn 1 but from there we were just lacking a bit of pace to Mercedes,” Verstappen said. “Of course we wanted to win but I cannot feel too disappointed as I did everything I could out there and maximized the opportunities.

“Even if we had looked at another strategy and done a two stop and pitted before them, we wouldn’t have made the time up as they were just faster than us. I know how fast I can go and where the limit of the car is and when they can do a free stop behind it is easy for them to do a different strategy. I pretty much knew that when he pitted for the second time that he would come back at me on the new tyres a bit like Hungary 2019 and although I did everything I could I was a bit of a sitting duck.

“The pace difference on the tyres made it an easy pass for Lewis and then I was able to at least keep second place and take Fastest Lap. It was just a day where we lacked a bit of pace and second was the best result possible so now we need to look at why they seem to have jumped ahead a bit in terms of race pace.”