Horner: Mercedes were just quicker than we were today 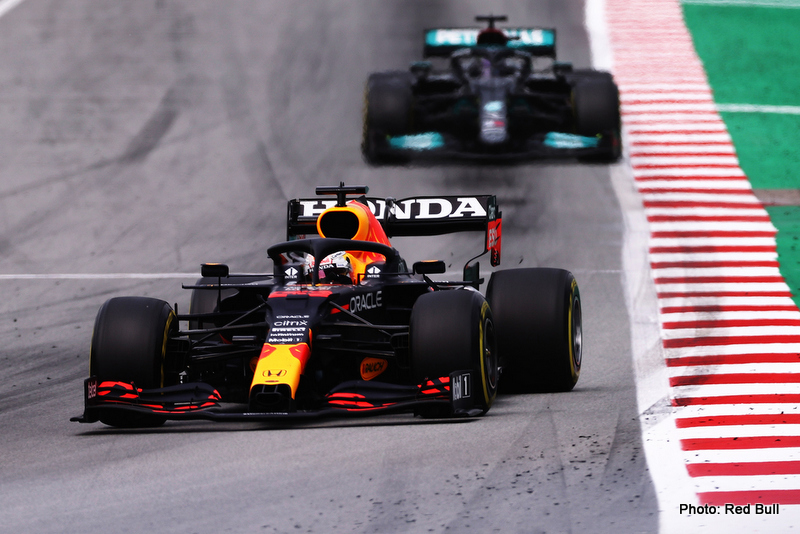 Christian Horner said that Mercedes simply had the better car during the Spanish Grand Prix, where Lewis Hamilton hunted down Max Verstappen to claim his third win of the 2021 Formula 1 season.

Verstappen was able to get ahead of polesitter Hamilton into Turn 1, but struggled to pull away from the Mercedes man during the first stint before diving into the pits.

Hamilton extended his opening stint for a further six laps before coming in and then pitted for a second time with 23 laps remaining to give himself a tyre advantage over leader Verstappen.

The 36-year-old was then able to catch and pass the Dutchman to secure the win, with the Red Bull driver coming home in second for a third time this season.

Speaking after the race, Horner said that Red Bull could not have tried a different strategy option in order to try and keep Hamilton at bay.

“I don’t think we could have done anything differently,” he told Sky Sports F1. “In fairness, hats off to Mercedes and Lewis.

“They were just quicker than we were today. We were surprised they didn’t go for the early undercut. We knew he was probably going to catch us.

“They just looked like they had a quicker car today. They were able to follow so closely. They had nothing to lose when taking that pit stop into the clean air.”

The Circuit de Barcelona-Catalunya has historically been a very strong track for Mercedes and Horner said that the team’s ability to challenge them at the circuit bodes well for Red Bull going forward.

“It is great we have made that step forward and are giving Mercedes a hard time,” he added.

“They have had it so easy the last five, six years. It is good for F1. We are not going to give up.”