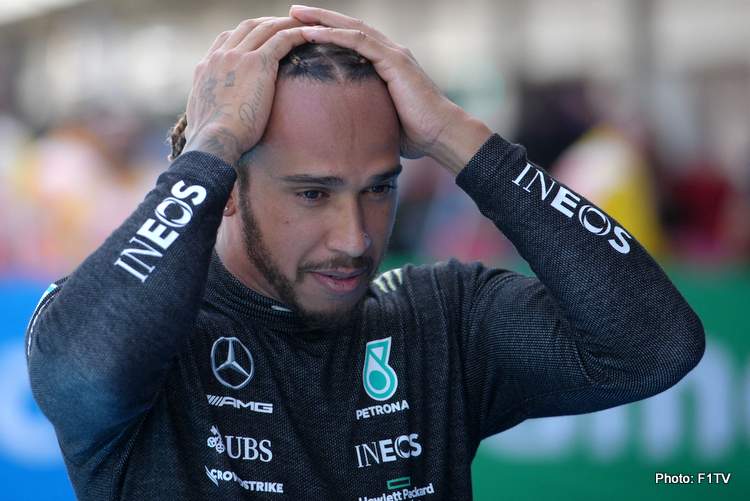 It was inevitable that Lewis Hamilton would claim his 100th Formula 1 pole position, doing so on a sunny afternoon during qualifying for the 2021 Spanish Grand Prix to set another remarkable milestone in his incredible career in the top flight.

The achievement hit home as evidenced from his slow and solemn alighting of the car, to the relatively downbeat celebration with his team and then when he posted on Twitter:

“100 POLES! I can’t even begin to describe how this feels. I can’t thank the team and everyone back at the factory enough for everything they’ve done to help us secure this incredible milestone. I feel so humbled and very grateful. This feels like my first win all over again Raising hands Hundred points symbol.”

100 POLES! I can’t even begin to describe how this feels. I can’t thank the team and everyone back at the factory enough for everything they’ve done to help us secure this incredible milestone. I feel so humbled and very grateful. This feels like my first win all over again 🙌🏾💯 pic.twitter.com/KkCgShdhq2

During the post-qualy interview, Hamilton enjoyed a tete-a-tete with former teammate Pedro de la Rosa who was MC for the occasion in Spain, the pole-winner then said: “It’s down to the men and women who are back at the factory who are continuously raising the bar and never giving up.

“The support that I have, it’s a dream for me to work with these guys and the journey that we have been on has been immense.

“Who would have thought at the end of 2012 when we made the decision to partner we would be qualifying at 100. So I feel very humble and very grateful. I’m ecstatic like it’s my first.”

As for his historic lap on the day at Circuit de Barcelona-Catalunya, Hamilton said: “I had a bit of anxiety about the changes we were potentially going to make for qualifying. We always try to make the car better but it’s a bit of a gamble because you have still got to keep the race in mind also.

“So we made this change and as soon as I got out ‘this is immediately the wrong one’. It was my call at the end but it was really hard. So that’s why I was behind the whole way through qualifying. I was making small tweaks here and there to try and elevate pace-wise, but the first lap [of Q3] was the best lap I got through the whole session, which is great.

“I tried to improve the next lap, I think I was a tenth and a half up, but I couldn’t keep it,” added Hamilton who will now be hunting his 98th Grand Prix victory on Sunday, with the 100th win imminent

McLaren had their say too, with a congratulatory Tweet reminding Lewis of his first F1 pole scored with them at the 2007 Canadian Grand Prix in Montreal.

Hamilton long ago surpassed the record of 69 top spot starts by Michael Schumacher and the 65 of Ayrton Senna, both masters of the art of qualifying.

From 1 to 100, congratulations on an amazing achievement, Lewis. 👏 pic.twitter.com/oGIjrYhUU8