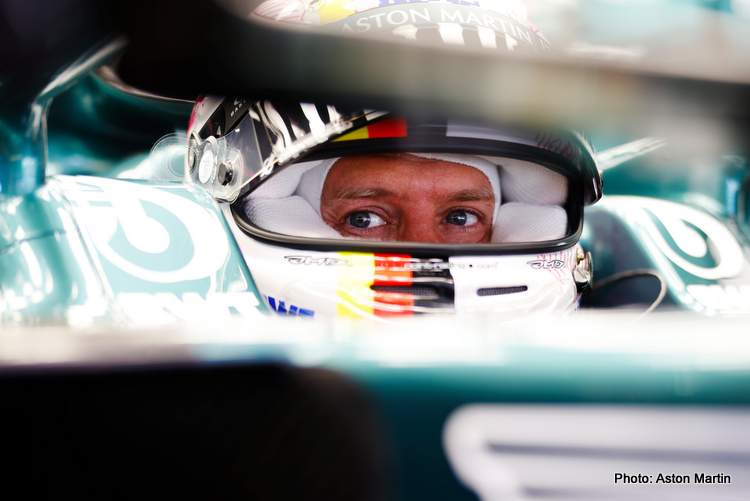 Four-times Formula 1 world champion Sebastian Vettel is still getting up to speed with Aston Martin after his move from Ferrari but team boss Otmar Szafnauer saw promising signs on Friday.

The 33-year-old German was eighth fastest in first practice for the Spanish Grand Prix at Barcelona’s Circuit de Catalunya and 11th in the afternoon. Ahead of his Canadian teammate Lance Stroll in both sessions, Vettel said it had been his best Friday so far.

“We always said it was going to take a bit of time and seat-time in our car and it´s proving to be the case,” Szafnauer told reporters after the opening session when asked about Vettel ‘getting a handle on things’.

“He did a great job in Q1 and Q2 (qualifying in Portugal). He made a mistake in Q3, ended-up 10th (on the grid) and got a lot of seat-time in the race as well and it looks like in FP1 (first practice) here, he´s continuing to get to grips with the car.

“As Seb says: ‘The speed of the car is one thing, but I´ve got to get the balance right and get comfortable in it and I´m still not quite there yet.’ Hopefully this race will take another step towards that.”

Vettel has yet to score his first point for Mercedes-powered Aston Martin after two 15th places and a 13th while Stroll, son of the team’s billionaire owner Lawrence, has had two top 10 finishes.

Stroll had an upgrade to his car in Portugal, aimed at clawing back downforce lost to aerodynamic regulation changes, and Vettel now also has it in Spain where the track could also be more to the car’s liking.

Asked whether he felt back in the game, Vettel said the team were not where they wanted to be and the car needed to be faster and with more grip.

“I don’t know which game you are talking about,” added the German. “Hopefully we can be in a better place this weekend and then I think we know there is still quite a lot of work ahead of us.”

Vettel said the atmosphere in the team was good and the spirits very high, “I really enjoy working with the team and I think we are making progress, I am making progress.” (Reporting by Alan Baldwin)

A positive start to the weekend for #SV5 but there’s still work to do.