Verstappen: We had quite a good day the car seems competitive 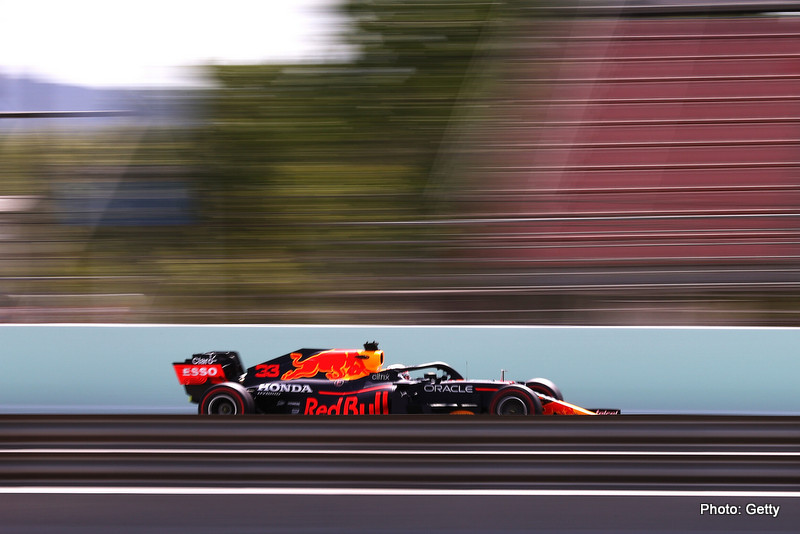 Max Verstappen feels that Red Bull have a “competitive” car ahead of the Spanish Grand Prix, despite their margin to Mercedes during Friday practice.

Verstappen finished ninth quickest in FP2 after running wide on his flying lap, but was second quickest during FP1.

There has been little between Mercedes and Red Bull during the opening three races of the year, with Hamilton taking two wins and Verstappen taking one.

Speaking after the conclusion of FP2, Verstappen did not appear concerned with the headline times, stating that there was “nothing weird going on” while he was out on track.

“Overall we had quite a good day, the car seems quite competitive,” he told Sky Sports F1. “Looking forward tomorrow to try and improve a bit further but nothing shocking today.

“We seem quite competitive. How competitive we are going to be tomorrow is always going to be a question mark, but there was nothing weird going on today. We just have to make sure that tomorrow we are up there.”