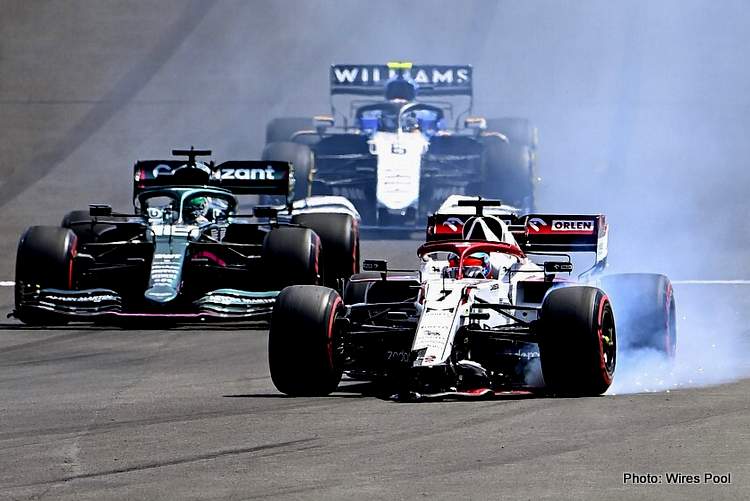 The 2007 F1 world champion said after the race that he was distracted trying to change a switch on the steering wheel, a confession that got him into trouble at home.

“I think the worst thing was my son was telling me, ‘You always tell me to look forwards’ when he´s driving a go-kart,” the 41-year-old Finn told reporters ahead of Sunday’s Spanish Grand Prix. “He gave me a bit of that.”

Team boss Frederic Vasseur joined in with the jibes and told reporters at the Circuit de Catalunya, “I was quite close to buying a dog for Kimi, or a stick.

“He had to make some changes on the steering wheel and he was more focused on the dash than on Antonio but it is what it is. Kimi was the first one to apologise… for sure he didn´t do it on purpose.”

Raikkonen, who won his title with Ferrari, is the oldest driver on the Formula One starting grid and has been in the sport for 20 years.

Alfa Romeo have yet to score a point this season, with Raikkonen missing out on ninth place at the Emilia Romagna Grand Prix after being demoted for a breach of the re-start procedures.

The collision at the Algarve circuit ended Raikkonen’s race and brought out the safety car. (Reporting by Alan Baldwin)