Sainz: If you’re scared of a rival, you’re in the wrong sport 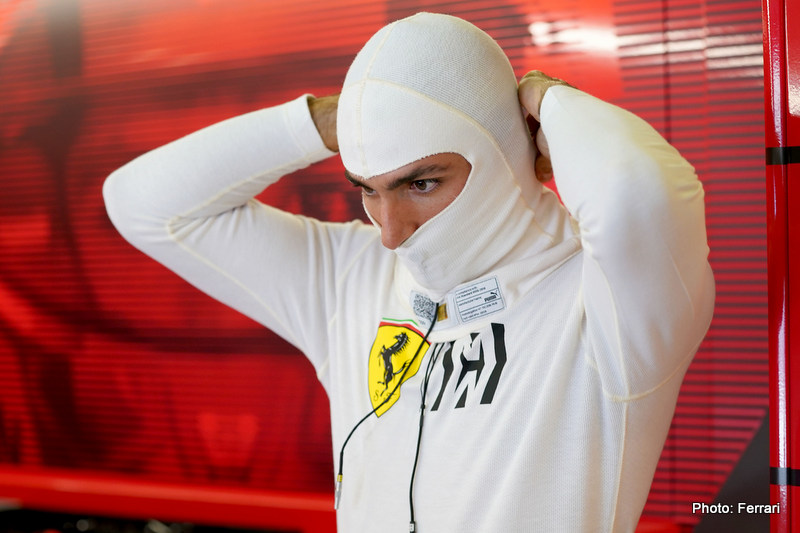 Carlos Sainz has had an up and down start to life at Ferrari, with the Spaniard part of a packed midfield where a number of top quality drivers operate.

Three races in and he has already outqualified teammate Charles Leclerc once and sits with 14 points, eighth in the drivers’ championship standings.

When it was announced he was set to join Ferrari partway through last year, these are hardly the lofty heights he would have been dreaming of, but given the recent struggles of the Scuderia and the time it is taking all of the drivers at new teams to adapt, there is no reason for Sainz to panic just yet.

This weekend, Formula 1 travels to Montmelo for the Spanish Grand Prix, once again held at the Circuit de Barcelona-Catalunya, a race where success would of course mean a lot to Sainz.

Although there will be no Spanish fans in attendance to cheer him on, the 26-year-old will not be lacking motivation, while the battle with his old team McLaren for midfield supremacy will require his very best form.

Looking ahead to his home Grand Prix, Sainz sat down with the Ferrari team to discuss famous fathers, tough rivalries and the Red Bull junior programme.

Not so long ago people introduced you as ‘the son of Carlos Sainz’, now it’s more a case of some will introduce your father as ‘Carlos Sainz’s dad’. How does that play out around the dinner table at home with your dad?

Sainz: We don´t really speak about it to be honest. I guess it’s just natural. When you are a kid, you normally get introduced as “the son of” and years ago I still had a lot to prove in the motorsport world. Now things have obviously evolved, but I don’t really think my father gets introduced as being my dad! He has earned the right to be recognised as King Carlos! What I must say is that neither of us like the “Junior” tag that sometimes comes along with my name, and he has happily accepted the “Senior” tag to avoid it!

One of the risks in moving to Ferrari was going up against one of the sport’s most highly-rated drivers. You’ve done that with Max, Daniel, Lando and now Charles? Are you a masochist?

Sainz: This is Formula 1. The best 20 drivers of the world are here and, inevitably, you are going to have to compete against all of them if you want to become world champion, whether they are team mates or not. It’s just part of the game. If you are scared of going up against any other driver, you are just in the wrong sport.

You’ve made some brave moves in your career: leaving the Red Bull Programme, finding your way to McLaren, then joining Ferrari. Do you find it easy to make big career choices?

Sainz: I think the key behind any career choice is a proper decision-making process. Once you have analysed all the possible scenarios, with the information at your disposal at that time, you can evaluate your options and decide what is best for you. Personally, once I take a decision, I fully commit to it. Only time will tell if that decision was good or bad.

Being a Ferrari driver is a notoriously high-pressure role and public criticism can be vicious. How is being at Ferrari different to driving for McLaren, for Renault, for Toro Rosso?

Sainz: Every F1 driver has a lot of pressure, not only Ferrari drivers. The key is not how much pressure there is, but how you handle it. Ferrari is expected to be at the top because it is the most successful team in the history of the sport. We share the same goal, which is to be back winning as soon as possible, and that inevitably sets the bar very high. I turn that ambitious goal into motivation rather than pressure, and it gives me strength to keep going.

When you were a youngster, you frequently held up Sebastian Vettel as the ideal role model. Was that politeness, given your place in the Red Bull Junior Team, or was Seb the driver you really looked up to?

Sainz: I’ve known Seb for many years and he has always been a reference in my career. I was doing endless hours of simulator at Red Bull Racing when he was winning World Championships and I learned a lot from his way of doing things, in and out of the track. He is definitely one of the best drivers in the history of the sport and I will always consider him a role model in many ways.

You came through the Red Bull junior programme when the competition was intense with Daniel and JEV, Dany, yourself, Antonio Felix da Costa. What was that like? Were you all in constant competition? Did you ever worry about not making it?

Sainz: All Junior programmes are designed to identify the best young talents out there. Of course, it was constant competition but in a healthy way. You want to prove yourself at all costs and every time you jump in a car you want to beat the other drivers, whether it’s a race or a test or even in the simulator. Knowing how difficult it is to get a seat in F1, you always have that fear of not making it. But if you commit yourself to it, you trust in your talent and you put the work in, the fears disappear and you just focus on giving your best.