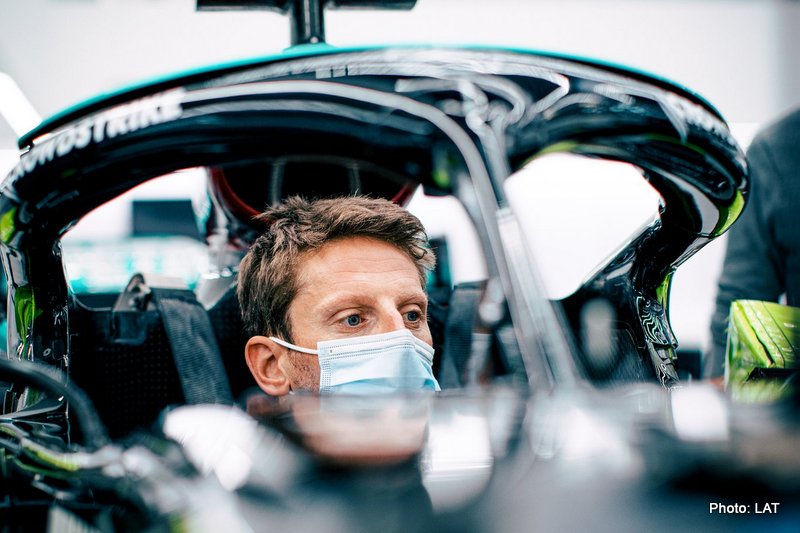 Romain Grosjean will complete a demo run of the 2019 world championship-winning Mercedes W10 over the French Grand Prix weekend in June.

The 10-time Formula 1 podium sitter saw his career in F1 ended prematurely at the Bahrain Grand Prix last year when he was involved in a terrifying crash after colliding with the barriers.

Grosjean was able to walk away from the incident with just burns to hands and a broken rib, but was unable to return for what would have been his last race in Abu Dhabi.

At the time, Mercedes team principal Toto Wolff promised the Frenchman that he could have a final test in an F1 car with Mercedes and it has now been organised for him to take part in a demo run over the French Grand Prix weekend at Paul Ricard.

Speaking following the announcement, Grosjean said: “I am so excited to jump back in an F1 car! It will be a special opportunity for me and to drive a World Championship-winning Mercedes will be a unique experience.

“I’m very grateful to Mercedes F1 and to Toto for the opportunity. The first I heard about the chance to drive a Mercedes was in my hospital bed in Bahrain when Toto was speaking to the media and made the invitation. Reading that news cheered me up a lot!

“F1 didn’t get the chance to race in France during 2020 because of COVID so driving a Mercedes at the French Grand Prix in 2021 and then completing a test at the Circuit Paul Ricard, my home track, will be so special. I can’t wait for the day to arrive.”

What an opportunity!!! Thank you so much to Toto and the whole @MercedesAMGF1 to make it happen. A last ride in front of my home crowd at the @gpfrancef1 in a @f1 car, what could be better? #r8g #f1 #enjoytheride pic.twitter.com/bhlsgZLhfQ