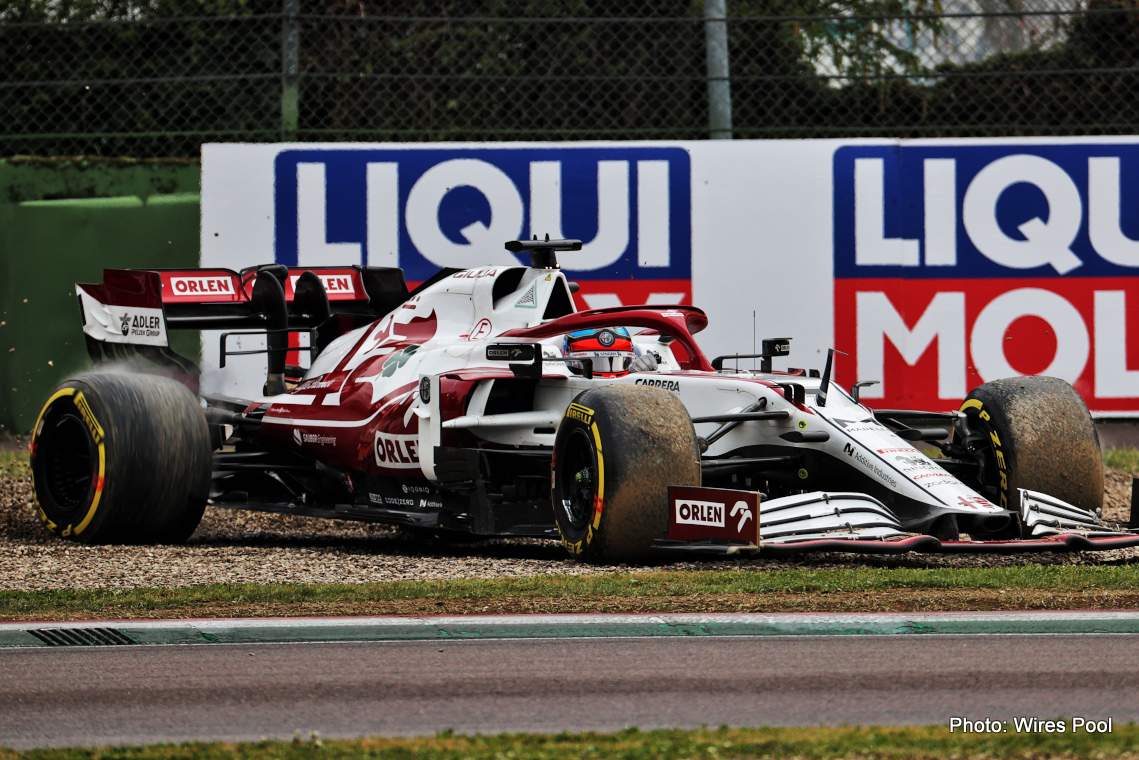 Stewards had accepted a team request for a review at the Portuguese Grand Prix based on the emergence of new elements, but later issued a statement upholding the original sanction.

“We tried but now they say no, so we acknowledge and go on,” Alfa’s head of track engineering Xevi Pujolar told reporters in a video call.

Raikkonen was handed a 30-second penalty at Italy’s Imola circuit after the race was halted by a crash between Mercedes’ Valtteri Bottas and Williams’ George Russell and then given a rolling re-start.

Stewards had ruled the Finn should have gone to the pit lane after a spin when the safety car was leading the field before the re-start, rather than remaining on track.

Alfa Romeo said they had asked for guidance, since the situation was unclear, but the answer came back too late for them to act on it.

Stewards recognised there was no Formula One precedent for the situation Raikkonen found himself in, and that a 2018 rule change introduced a ‘conflict of intent’ between the rules for a rolling re-start and that behind the safety car.

They added, however, that the penalty triggered by the breach was a mandatory one and stewards had no discretion to change it.

The penalty demoted Raikkonen from ninth to 13th and promoted Alpine’s Esteban Ocon and Fernando Alonso to ninth and 10th respectively. (Reporting by Alan Baldwin)