Horner: Max drove the wheels off the car again 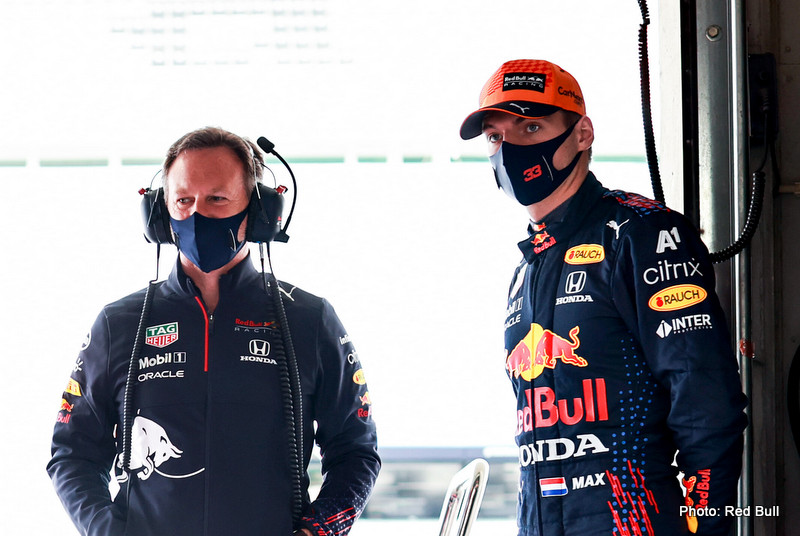 Christian Horner was impressed with the performance of Max Verstappen during the Portuguese Grand Prix, as the Dutchman secured a third consecutive top two finish.

Starting third on the grid, Verstappen was able to jump Lewis Hamilton at the safety car restart, before being repassed by the Mercedes man a few laps later.

He was though able to get ahead of pole-sitter Valtteri Bottas to claim second and sits just eight points adrift of Hamilton in the drivers’ championship after three races.

Speaking after the race, Verstappen expressed his displeasure with the Algarve International Circuit, and the grip levels in particular, but Horner felt that he was still able to get the absolute maximum out of the Red Bull across the weekend.

“Looking at today we can see that this championship is going to be a marathon and not a sprint,” he said after the race. “It’s so tight and it’s going to be all about marginal gains.

“Max drove the wheels off the car again today, snatching second from Mercedes and it’s super tight between him and Lewis. With Max, it was frustrating to lose the point for fastest lap at the end of the race due to track limits which I think we agree need to be consistent throughout the race weekend.”

Verstappen’s teammate Sergio Perez came home in fourth, a result that Horner said showed that the former Racing Point man was getting to grips with his new car.

“Similarly with Sergio, he lost out to a case of track limits when he was overtaken by the McLaren but once he got back past, his race pace was good so he is definitely getting there and the races are coming together for him,” he added.

“In clean air his pace was matching that of the leaders so I’m pleased with the progress he is making. On the whole, second and fourth place means plenty of points and there’s only eight separating Max and Lewis in the championship. Barcelona next week will be the benchmark and we’ll get our heads down until then when hopefully we get a clearer picture of the strengths and weaknesses of all the cars.”