Chandhok: Verstappen needs to know the rules, it’s his job 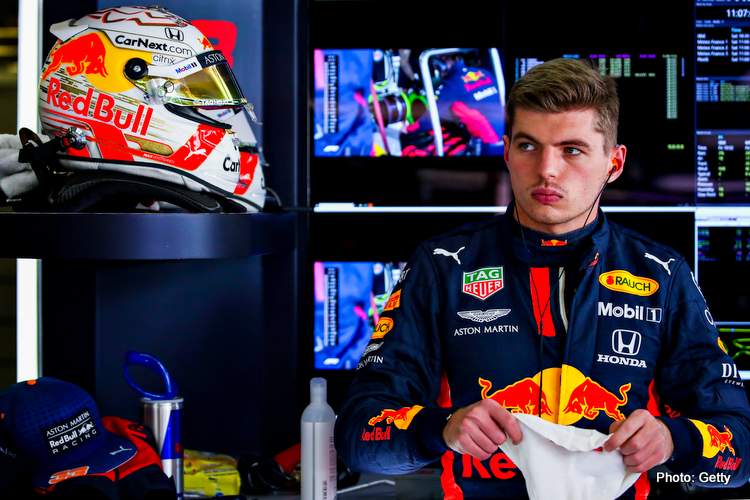 Sky Sports F1’s Karun Chandhok has hit out at Max Verstappen saying the Dutchman can’t blame others for his fastest lap being deleted at the Portuguese Grand Prix.

Lewis Hamilton and Max Verstappen have demonstrated that finally, the pair have the machinery underneath them to put on the show Formula 1 fans have been waiting for. A Verstappen-Hamilton title battle.

However, track limits have at times dampened this fight most obviously for Verstappen who lost an almost certain win in Bahrain and now a bonus point for the fastest lap in Portugal. Red Bull advisor Helmut Marko has already expressed his dissatisfaction with the FIA when speaking to Sky Sports Germany after the race:

“All good things come in threes. I hope that’s the end of it.

“Something has to change. Either you make a boundary with kerbs or you make gravel or something. If you go out, there’s an automatic penalty.”

Verstappen was celebrating his fastest lap in the post-race interview with Paul Di Resta before being made aware that it had in fact been removed, saying it was an “odd” decision “because they were not checking track limits at Turn 14”.

In his analysis for Sky F1, former HRT and Lotus driver Karun Chandhok argued that the FIA did make the track limits situation clear on Saturday.

“It was a slam dunk for the stewards. It was unfortunate for Max that he did not realise they changed the track limit rules there from Friday to Saturday, but that’s part of his job.

Verstappen. who made it clear he never wants to visit Portimao again, sits eight points behind Hamilton in the championship standings.