Leclerc: I haven’t performed at my best this weekend 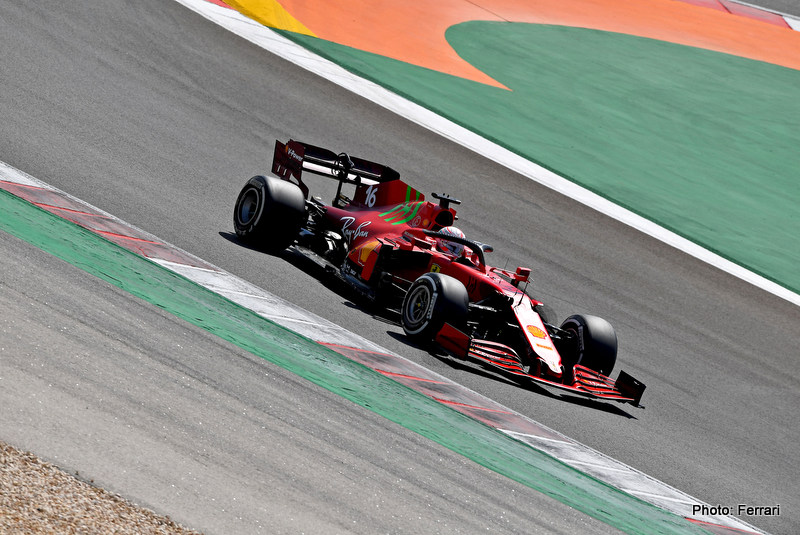 Charles Leclerc said that he was not at his best over the Portuguese Grand Prix weekend, despite claiming a sixth-place finish for Ferrari.

The Monegasque driver was outqualified by new teammate Carlos Sainz for the first time on Saturday, but was much the better driver on Sunday, climbing from eighth on the grid.

Sainz meanwhile went backwards, ending the race outside the points in P11.

Speaking after the race, Leclerc said that he felt a fifth-place finish could have been possible despite his grid position.

“I can’t be satisfied with P6, and overall, I haven’t been performing at my best this weekend,” he said.

“That said, looking at my drive in the race, I am happy with the job I did. I had a good start to the first stint, but then Carlos and I both struggled a lot with graining on the medium tyre, which didn’t seem to affect the others so much. As a team, we have to understand what happened there.

“A fifth may have been possible today, but I don’t think we could have done much more.”

“We didn’t have a good day,” Sainz added.

“Even though I got a good start, the race was very tough after the pit stop. During the first stint I was feeling very good on the Soft tyre behind Lando, Then, we tried the undercut by changing quite early onto the Medium and it didn’t work. From there on, it was a big struggle to make it to the end with that compound due to the graining.

“I’m disappointed, as I feel we had a good opportunity to score good points today. We will analyse the race, learn from the strategy, from the tyres and from the car behaviour. On to Spain.”