Alonso: We don’t know what happened 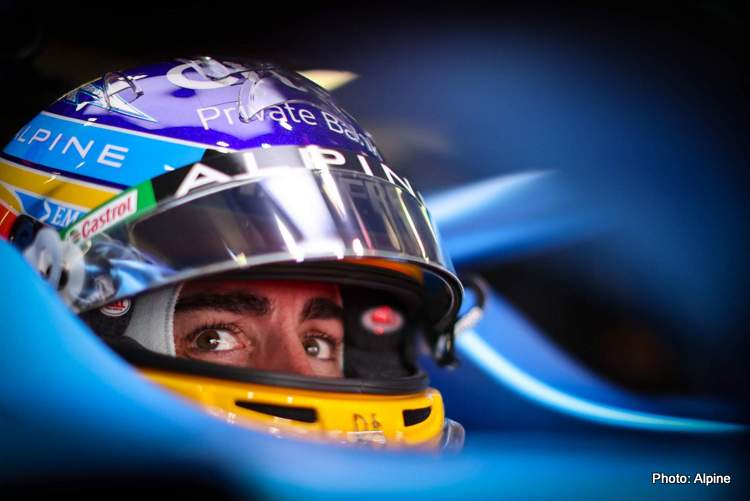 Fernando Alonso was left searching for answers after qualifying for the 2021 Portuguese Grand Prix, the Spaniard was only good for 13th while teammate Esteban Ocon will line up sixth on the grid for the race.

Stats show that in Q2, Alonso’s best effort of 1:19.728 was six-tenths of a second down on Alpine teammate Esteban Ocon in the sister car in Q1. And in Q2, that grew to seven-tenths.

Speaking to media after the session at Autodromo do Algarve, Alonso reporters “It had nothing to do with the weather, the car was different from the third free practice a couple of hours before,

“It worsened eight-tenths, in fact almost a second if you add the fuel we had for the third free practice an hour and a half eaelier. We have to see what happened because setting a time became much more difficult compared to the morning.”

While 13th can still provide points scoring opportunities for the double-F1 World Champion because there is clearly pace in the Alpine which Ocon was able to extract and Alonso not.

The Spaniard believes there is still a chance they can reel back the form they had in practice: “The car is good, the step forward is evident and the improvements that were brought in Imola were already noticeable in that race, the truth is that it was a little surprising how well it went.

“If the car is one hundred percent like in FP1 and FP2, we will be able to overtake. Let’s see if it is a matter of pace in the car or specific to this track which surprisingly has been without grip.

“We will see if this improvement is a trend or not because, at least this Saturday, we are there with McLaren and Ferrari. We will see if we are in the mix on more circuits and fight for points.”

As for the unexpected below-par showing, Alonso explained: “We don’t know what happened, we have to see if it was aero or if it was the tyres.

“Anyway, I don’t care about the position in qualifying, Points are scored in the race, so it’s still all to play for. The team now has two tactical options for the races which I can choose and maybe being out of the top ten suits us as well.

“Maybe I’m not where I should be, but we are still analyzing where we lost almost a second because in Imola there was grip,” added Alonso, who is into the third race of his comeback, and will be making his 314th Grand Prix start this Sunday in Portimao.