Wolff: Mercedes did not turn engine down during 2014 season 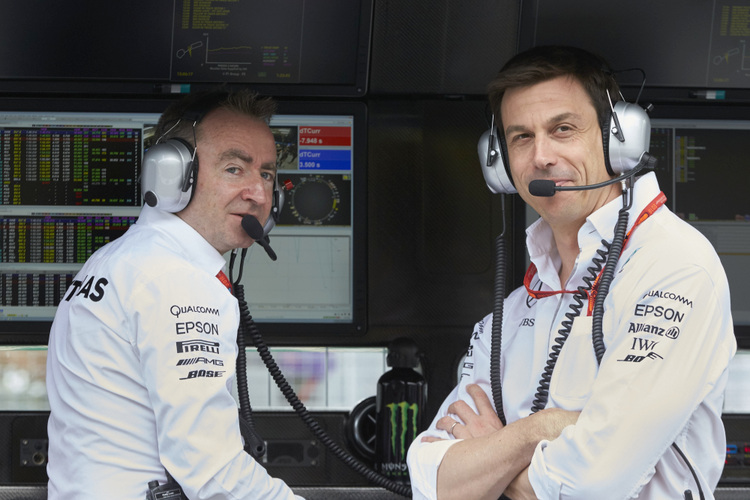 Toto Wolff has rejected claims by Paddy Lowe that Mercedes opted not to run their engine on full power in qualifying during the 2014 season amid fears they would be pegged back by the FIA.

Mercedes came out of the gates with a significant engine advantage in 2014, with Lewis Hamilton and Nico Rosberg winning 16 of the 19 races held across the season.

Speaking on the Beyond the Grid podcast, Lowe, who held the role of Mercedes technical director between 2013 and 2017, explained that the team ran the engine on “idle mode” in most qualifying sessions due to the fear that “if Mercedes had looked ridiculously good, then something would be done about it”.

However, speaking from Portugal over the Portuguese Grand Prix weekend, Wolff has hit back at the suggestion, stating that “no such situation” played out.

“I think Paddy must have been in a different place than I was,” he said. “There is no such situation that you turn back an engine just to have regulations tweaked in your direction.

“We were very competitive in 2014 and I think everybody could see that it was the start of a regulatory environment that wouldn’t have been changed anyway.”