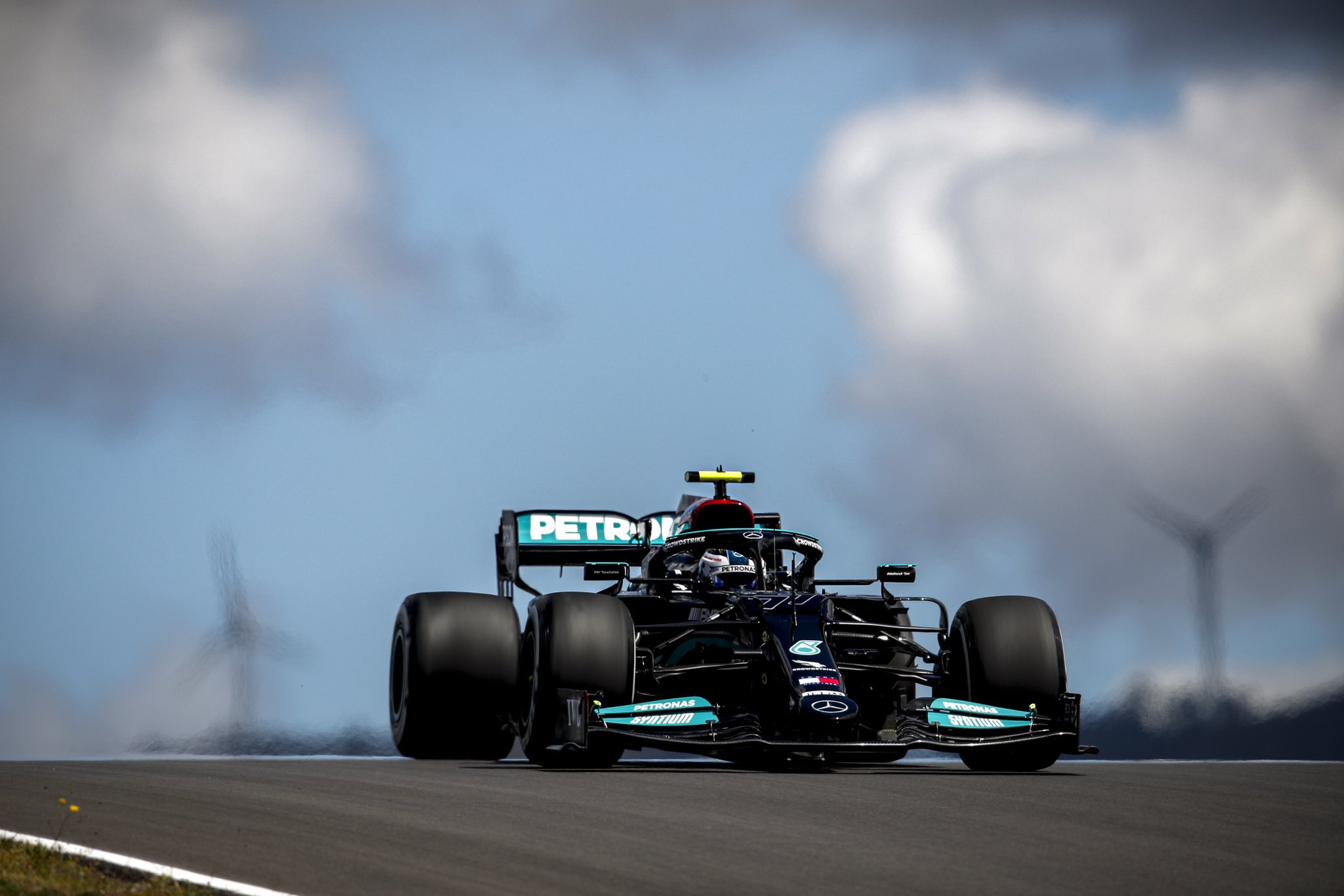 The Finn ended FP1 with a narrow margin of 0.025 seconds to Max Verstappen in second, while Sergio Perez enjoyed a strong showing in third.

Lewis Hamilton voiced his displeasure with the balance of his car over team radio early on and ended the session fifth quickest, more than three tenths off the pace.

Red Bull were far less active than Mercedes in the opening part of FP1, with Verstappen waiting more than 15 minutes before setting his first timed lap of the weekend. Once again though, the top two teams looked very evenly matched.

The Dutchman complained of vibrations during his last few push laps, but was still able to put in a best time of 1.19.673, which left him second overall.

Perez took even longer to emerge from the pits, with the Mexican heading out on the track with just 30 minutes of the session remaining, but delivered a 1.19.846 late on to grab third.

Charles Leclerc was fourth for Ferrari, another positive sign for the improving Scuderia, with teammate Carlos Sainz in ninth.

Pierre Gasly was sixth for AlphaTauri, one place higher than George Russell, who put his incident with Bottas Imola behind him with an excellent lap of 1.20.529.

Imola podium sitter Lando Norris was eighth, following an understated session for McLaren, with Esteban Ocon rounding out the top 10.

Lance Stroll was 11th, ahead of Daniel Ricciardo in 12th, Yuki Tsunoda in 13th and Fernando Alonso in 14th.

With less than a second separating Gasly in sixth and Sebastian Vettel in 16th, the tight battle for the final points places looks set to continue.

Callum Ilott made his first appearance in an FP1 session for Alfa Romeo in place of Antonio Giovinazzi and finished up 17th, four tenths adrift of Kimi Raikkonen, who was 15th.

Mick Schumacher was 18th having angered teammate Nikita Mazepin for passing him into Turn 1. 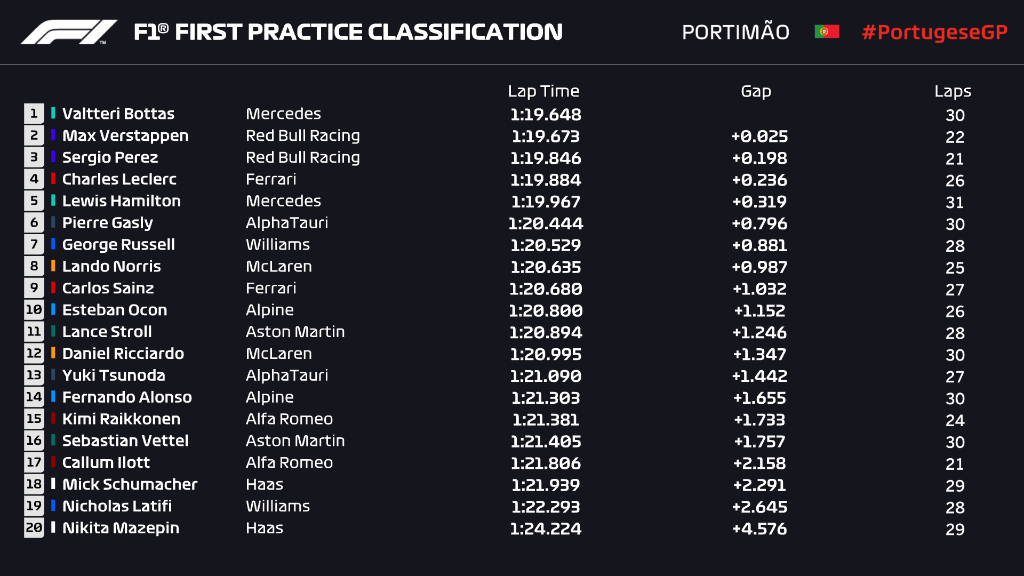 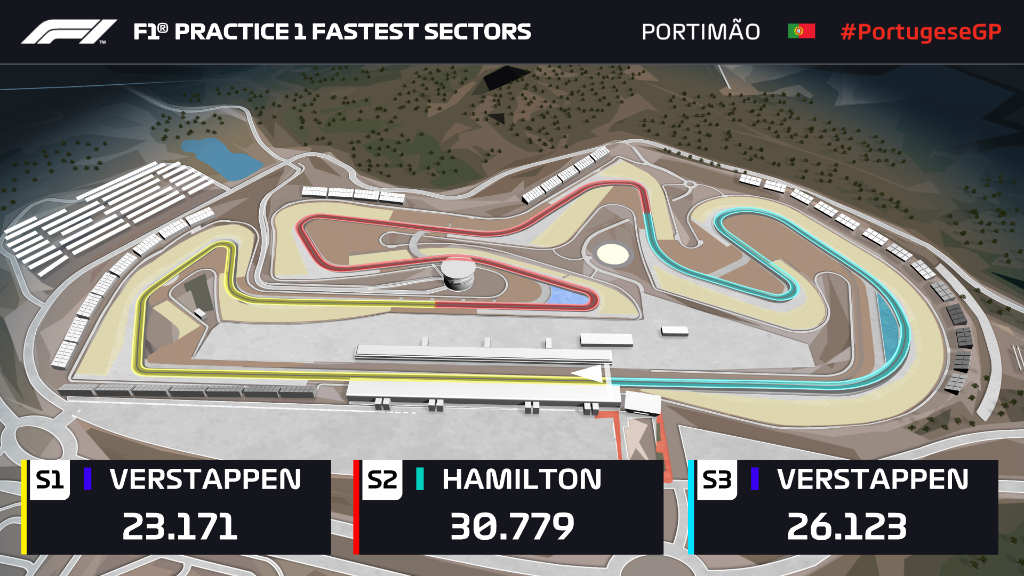