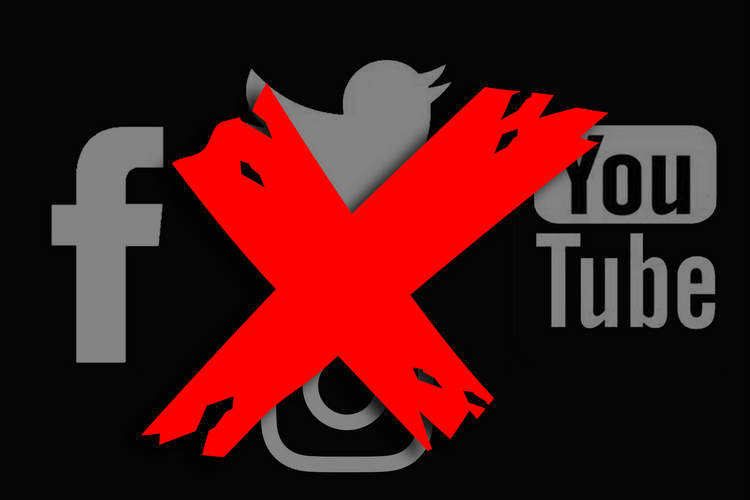 The soccer-led campaign has gathered momentum, spreading from clubs and leagues to national and international bodies in tennis, cricket, rugby and cycling.

European soccer body UEFA has said it will stay silent across its platforms over the weekend, starting at 1500 BST (1600 CEST) on Friday.

“To stand in solidarity with the football community, I will be going dark on my social media channels this weekend,” said Hamilton, on Instagram where he has 22-million followers.

“There is no place in our society for any kind of abuse, online or not, and for too long it’s been easy for a small few to post hate from behind their screens.

“While a boycott might not solve this issue overnight, we have to call for change when needed, even when it seems like an almost impossible task,” added the Mercedes F1 driver, who is racing in Portugal this weekend.

McLaren’s Lando Norris, who has suffered abuse from online trolls and has a million followers on Twitter, said he was also supporting the boycott.

“Everyone struggles with abuse on here at some point and social media companies need to do more to tackle it,” said the 21-year-old. “Hiding behind a keyboard is not okay. Enough is enough.”

Hamilton’s former F1 team, McLaren said the team was not planning to do a blackout, however.

“We think it’s very important for us over the course of a race weekend to have this positive engagement with our fans,” team principal Andreas Seidl told reporters on a video call from Portimao.

Williams’ George Russell, 23, said it was time to make a change.

“There is far too much online abuse, hatred, negativity, racism that is just undeserved,” he said. “I thought it’s our duty to raise as much awareness as possible, not just in sport.” (Reporting by Alan Baldwin)

Note: We at GRANDPRIX247 are proud that F1 drivers have seen it right to highlight this modern scourge and we applauded the efforts of others who do so while urging colleagues and fas to follow their example, as we did when heeding the call by Lewis Hamilton. #StopOnlineAbuse 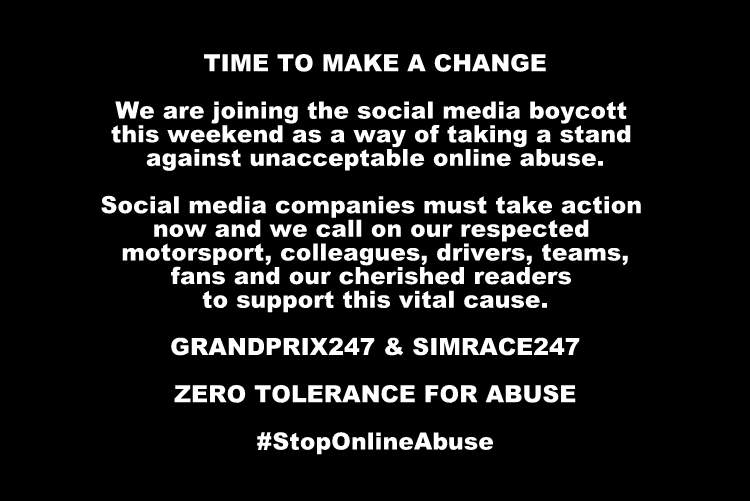