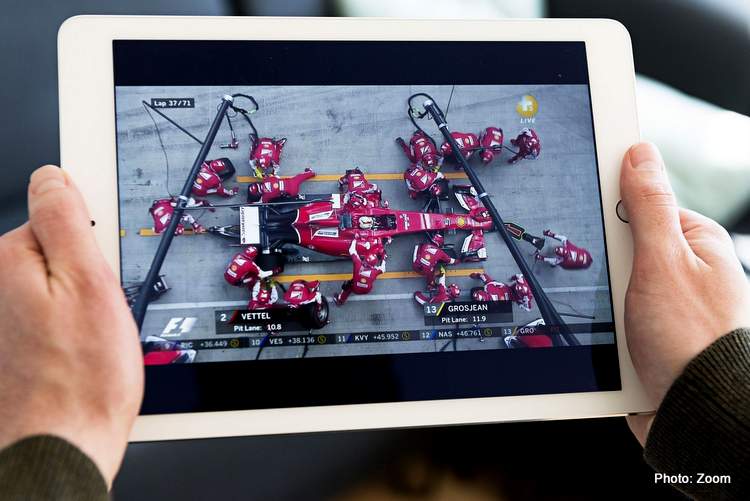 Formula 1 Paddock Club hospitality has gone from real to virtual via Zoom in the age of COVID-19 and it looks like the digital version is here to stay with the sport excited by the revenue potential.

The regular Paddock Club is an exclusive and expensive world of champagne, fine dining and corporate networking along with star speakers and some of the best seats in the house for the track action.

The next two races, Portugal this weekend and then Spain, will have none of that.

Circuits are closed to spectators, sponsors and guests due to restrictions on mass gatherings and the lobster lunches have been replaced by laptop login.

“We fully intend to carry it on after COVID is finished and the reason is that it is beginning to create a bridge between the digital world and the live event world,” she told Reuters.

“I can see it building out hugely. What corporate clients want is the unique access but the networking as well. Digital is in a way a lot easier to provide that.”

A recent virtual event attended by Reuters before the April 18 Emilia Romagna Grand Prix at Imola featured online hosts at the circuit while guests at home posted questions in a chatroom.

Former driver Jean Alesi appeared from the gym of his home in Avignon, the Frenchman’s 1992 Ferrari parked behind him.

Retired racer David Coulthard, winner of 13 grands prix, chatted from the paddock about anything from overtaking to underpants.

The artist who designed the trophies was interviewed, Alfa Romeo driver Antonio Giovinazzi showed off his latest helmet design and ‘virtual stat man’ gave the lowdown on the big numbers.

Matteo Lunelli, whose Ferrari Trento company is Formula One’s new supplier of podium fizz, presented the magnums to be used after the race.

“Formula One is a day of sport and competition but also a day of great wine and great food,” he said, apologising for the absence of both.

That may not be the case for long. Beavan saw the Virtual Paddock Club combining, once restrictions ease, with traditional hospitality to provide new opportunities.

Tyre supplier Pirelli’s Argentine operation, for example, might invite VIP guests to attend from a restaurant in Buenos Aires.

“Imagine a promoter who has one race a year at their circuit doing a track day every Formula 1 weekend for their stakeholders, and then in the afternoon sitting down for lunch and joining the virtual paddock club,” said Beavan.

“It´s a very cost-effective way that sponsors can take an asset they´ve bought, which is an association with Formula 1, and be able to distribute that to any market they are in.

“I think there´s the real opportunity that we´ve seen.”

Beavan said Formula One, which has a commercial sponsorship deal with Zoom, was already talking to an agency seeking the rights to distribute the Virtual Paddock Club exclusively to clients in China who may never go to a real race.

The country’s grand prix in Shanghai does not feature on the current calendar due to COVID-19.

Beavan saw further revenue streams from bespoke events for teams, as well as client networking, and access could eventually be sold through the formula1.com website.

Prices are sure to be less than for the physical version, with a three day access pass for the British Grand Prix at Silverstone in July, when crowds are expected back, at 4,408 euros ($5,337.21).

“We´ve got ambitious owners and in the post-COVID world everything on the digital side is accelerating,” said Beavan, who felt Formula 1 had been quicker off the mark than other sports.

The sport has used Zoom for media activities since the start of last season, with many reporters unable to attend races.

“Digital, corporate Zoom use will continue after COVID. None of us wanted to be tied to Zoom calls forever… but certain things like a corporate event will now continue on digital platforms,” said Beavan. (Reporting by Alan Baldwin)