Horner: Now is the acid test 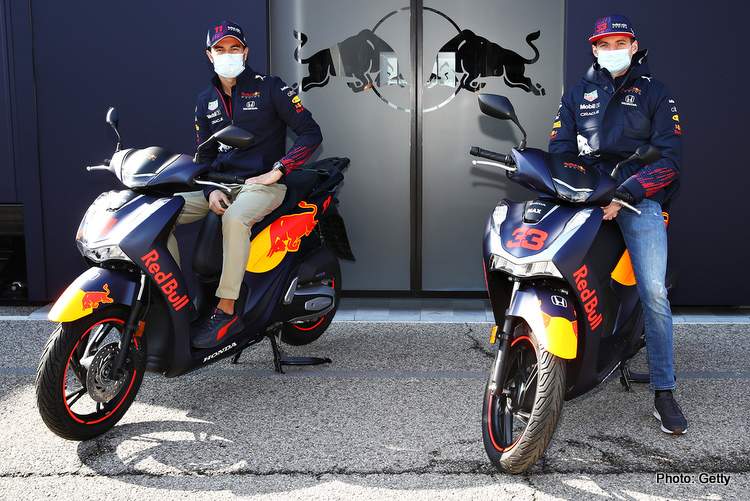 Lewis Hamilton won last year’s Portuguese Grand Prix from pole position, with the fastest lap, but Formula 1‘s most successful driver can take little comfort in that result ahead of this weekend’s return to Portimao.

Another pole would make Mercedes’ seven-times world champion the first F1 driver to reach 100 but Red Bull’s Max Verstappen is the man to beat and could keep the Briton waiting a while longer.

There is only a point between the pair after the season’s first two races, with Hamilton ahead solely by virtue of a fastest lap at Imola on April 18 despite Verstappen having the quicker car.

Both have won once and finished second once but Verstappen has led more laps — 90 compared to the Briton’s 29 — and can go top at last.

The Algarve circuit, and the Spanish Grand Prix on the following weekend in Barcelona, could provide a clearer indication of the pecking order.

“If we can put Mercedes under a little bit of pressure at these tracks then that bodes well for the rest of the year,” said Red Bull boss Christian Horner.

“I always said it would take four races to get a clear picture of form, so now is the acid test.”

Mercedes team boss Toto Wolff reckoned, after Hamilton took pole, that Red Bull could have been three tenths quicker at Imola had Verstappen put in a clean qualifying lap.

“To come away leading both Championships almost felt like a get out of jail free card, because our rivals didn’t maximise the opportunity we gave them,” Wolff said.

Verstappen has yet to win two races in a row, although he could easily be going for his hat-trick this weekend after taking pole for the opener in Bahrain but then losing out to Hamilton.

“We were on the podium there (in Portugal) last year and I think we have a better car now so I´m looking forward to extracting everything we can from the car and have a bit of fun out there,” said the 22-year-old Dutch driver.

“Every race weekend so far, we´ve really felt that there is a chance to win, it feels like a different mindset now when you know you can fight for pole.”

Portugal could not come too soon for Hamilton and Verstappen’s team mates, Valtteri Bottas and Sergio Perez respectively.

Both failed to score at Imola, with Bottas retiring after a collision with George Russell, the Williams driver who could one day take the Finn’s place at Mercedes. Perez went from front row to 12th.

“Imola was a missed opportunity as I think we should have finished one-two but hopefully we can achieve that this weekend,” said the Mexican.

McLaren and Ferrari could also be podium contenders if the top two teams make mistakes.