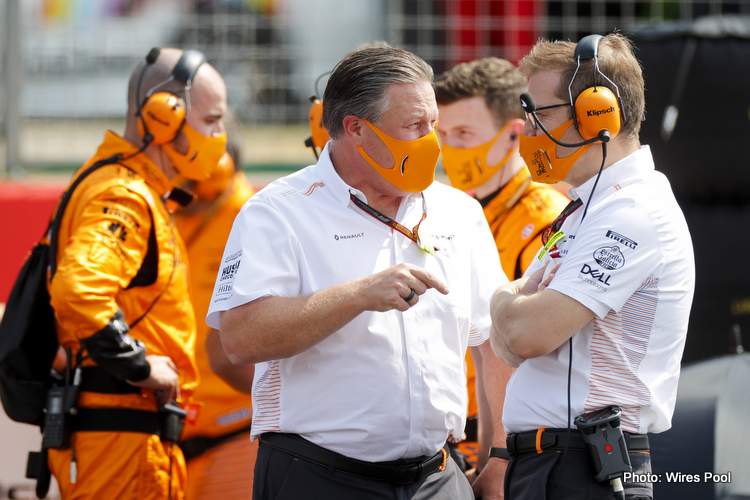 Zak Brown believes that Andreas Seidl has been instrumental in the progress that McLaren have made over the past few years.

Seidl, the former Porsche LMP1 boss, has overseen McLaren’s upwards trajectory and is now in his third season in post.

Off the back of their best season in Formula 1 since 2012, McLaren have shown their intent early on in 2021, ahead of their progress at this stage in 2020.

Speaking to RaceFans, Brown said that: “It still impresses me how focussed he is, how humble he is. He kind of lets the results speak for themselves.”

It should also be noted that McLaren’s early success comes after adopting Daniel Ricciardo into the team. The Australian, although he has admitted that he isn’t up to speed just yet, recognises that the team are in a great place this season and things are only likely to improve come 2022.

Brown continued: “He’s focussed on creating the right team culture and empowers people. He delegates and empowers his people.

“Some people might think of that type of personality as a micro-manager. He knows exactly what he wants, he sets clear goals and objectives for the individual people within his team. But he empowers them to do it and much like I do with him, he does with his people, he lets them make decisions and he only steps in if he really feels he needs to.”

“So I think look at Andreas and I, we’ve got an outstanding working relationship. He knows my sandbox, I know his sandbox, and we work together brilliantly.”