Wolff: Imola result felt like a get out of jail free card 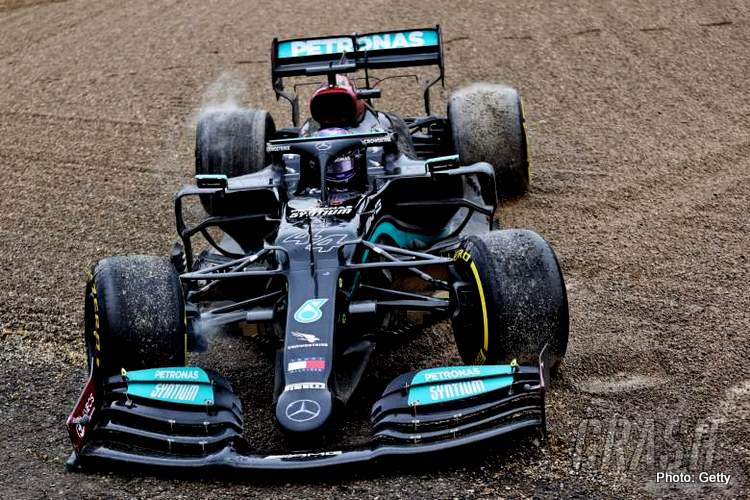 Good fortune favoured Mercedes and their star driver Lewis Hamilton, the 2021 Emilia Romagna Grand Prix could well have ended with two DNFs for the World Champions and team boss Toto Wolff knows it.

Much has been written about that epic race at Imola and all the shenanigans all the drivers were up to in trying conditions and a no-nonsense race track.

In the wake of the spray generated that day, Hamilton managed to recover the beached Black Arrows and from ninth at the stoppage, he recovered to finish second behind Red Bull’s Max Verstappen way ahead in the distance.

Valtteri Bottas was not fortunate at all, his race ended when his Mercedes and the Williams of George Russell collided to launch a myriad of countless headlines. In the end, it was zero points haul from the Finn.

Wolff admitted his team rode their luck, and Imola was a case of damage limitation when things might have been much worse: “To come away leading both Championships almost felt like a get out of jail free card, because our rivals didn’t maximise the opportunity we gave them.

“And it just proves what a challenging season we have ahead of us and how quickly things can turn around in Formula 1. Imola was a crazy race and the kind of grand prix that lives long in the memory: there were so many ups and downs and there were a few moments where it felt like we wouldn’t score any points at all.

“It was a rollercoaster of emotions, from the disappointment of Valtteri’s scary accident to the thrill of Lewis’ recovery drive,” added Wolff.

Last year Mercedes were untouchable at Portimao, Hamilton taking pole by a tenth from Bottas with Verstappen, next best, a quarter of a second adrift.

Hamilton won the race the next day by a comfortable margin, 25 seconds ahead of his teammate with Verstappen a further ten seconds adrift in third.