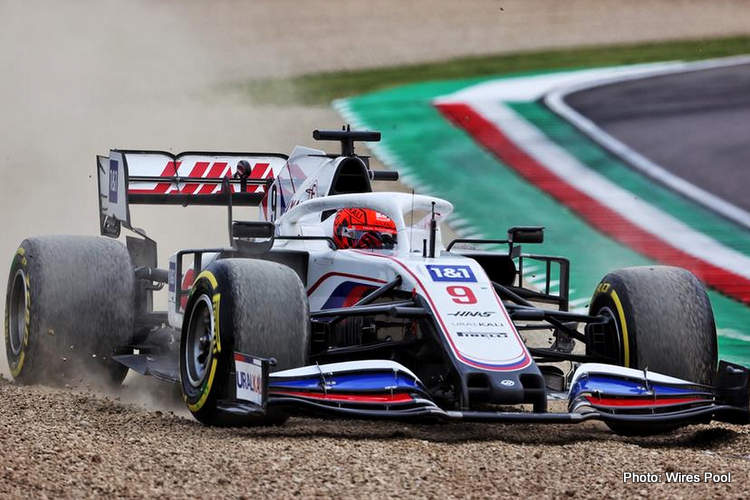 Nikita Mazepin believes Haas teammate Mick Schumacher is at an advantage as the two rookies embark on their first season in Formula 1, the German has the backing of Ferrari with obvious benefits.

This they did last week, giving Schumacher much-needed seat time in a two-year-old Ferrari at Fiorano as well as access to the team’s state-of-the-art simulator, after his own adventures at Imola.

Mazepin told MatchTV that he sees this as an advantage for his teammate, the first man he has to beat: “We don’t have a simulator in our team, so we have to use simulators that most professional drivers have at home. As I am not a member of that youth team [FDA] I don’t have such a privilege. I’ll prepare for Portimao here in Moscow.”

While Mazepin may have a point, it will be hard for him to find a sympathetic ear considering no expense was spared to get the Russian into F1 by his billionaire father Dimitry. Including an intensive private testing programme with Mercedes last year to gain mileage, which no other rival can afford let alone contemplate.

An yes, Mazepin did spin during the 2021 Emilia Romagna Grand Prix weekend in which he gave his fair share of fodder for mazesp.in and also irked some of his rivals during a clumsy weekend with very few positives for the 22-year-old in which he was the last of the cars still running at the end of the race, two laps behind the leaders and well beaten by Schumacher.

A day earlier during qualifying, he had an incident with Alfa Romeo driver Antonio Giovinazzi, the Italian complaining: “It’s quite clear. We respect each other on this, starting the lap, and he didn’t respect this. This is really not correct for a qualifying lap. I didn’t make my last lap.”

Mazepin was defiant in response: “Over the past two weekends, the standard of behaviour has surprised me. Each of us has a team, who give us the instructions to follow. On both occasions, I followed the instructions but there are some unspoken rules.

“Yes, I’m still learning. But I crossed the line two seconds before the end of the session. If I had stayed behind him, I would not have had time for another lap. It’s unpleasant that it happened but here it’s every man for himself,” explained the Haas driver.

Mazepin also opened up on the pressures that come with being in F1, where there is no place to hide: “Everyone is watching you. The slightest misstep has big consequences. Formula 1 is a very difficult sport but when you close the visor, you don’t have time to think about anything else.”

If any positives are to be taken from Mazepin’s second race in the top flight, it is that at least it lasted a lot longer than his first!

Haas team boss Guenther Steiner summed up: “Sometimes Nikita is trying too hard. He needs to find that limit but that’s for him to find, not us. All we can do is help him achieve that.”