Brown: I think Indianapolis should have a Grand Prix 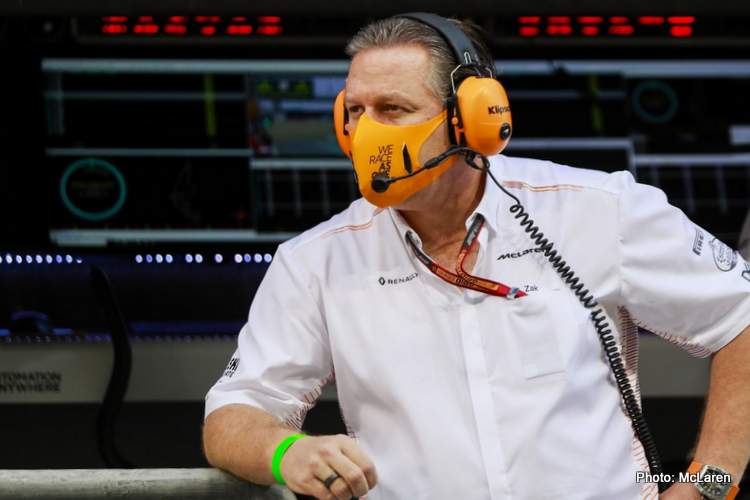 McLaren CEO Zak Brown would like to see a third US-based Grand Prix added to the Formula 1 calendar, highlighting Indianapolis Motor Speedway as his preferred venue.

The home of the Indy 500 last hosted an F1 race in 2007, with the US Grand Prix returning to the schedule in 2012 at the Circuit of the Americas.

The Miami Grand Prix was confirmed for the 2022 season last week alongside the race at COTA and Brown has now urged the sport to explore further expansion into the US.

“I’ve voiced my opinion to Stefano Domenicali that I think Indianapolis should have a Grand Prix,” he told the Indianapolis Star. “I think I’d like to see in America three Grands Prix, but the schedule may not allow for three.”

Growing the sport in America has been a stated aim of Domenicali since he became the sport’s CEO at the start of this year, with the recent addition of a race in Miami a clear indication of that.

Discussing how F1 could find space for a third venue on an already jam-packed 23-race calendar, Brown suggested rotating between circuits in the future.

“I’d like to see one permanent one, and then maybe a rotation,” he said.

“Then, you get three markets, and you keep the enthusiasm and the excitement if you have a little bit more scarcity.

“I think it’d be great. I think everyone wins.”